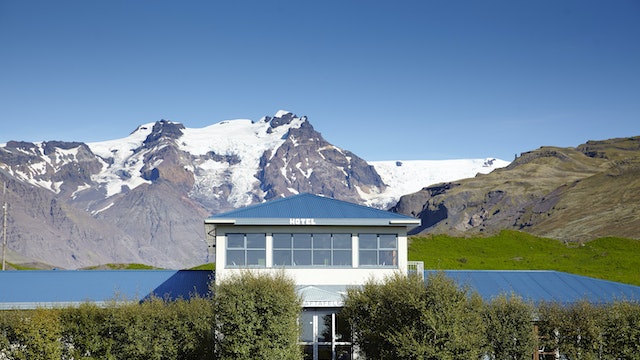 Vast, varied and spectacular, Vatnajökull National Park was founded in 2008, when authorities created a megapark by joining the 8300-sq-km Vatnajökull ice cap with two previously established national parks: Skaftafell in southeast Iceland and Jökulsárgljúfur in the northeast. The park measures over 14,100 sq km, occupying approximately 14% of the entire country, and its boundaries encircle a staggering richness of landscapes and some of Iceland's greatest natural treasures, created by the combined forces of rivers, glacial ice, and volcanic and geothermal activity.

The entirety of the Vatnajökull ice cap is protected, including countless outlet glaciers and glacial rivers. There are incredible rock formations around Ásbyrgi canyon, waterfalls such as Dettifoss and Svartifoss, the storied Lakagígar crater row, Askja and other volcanoes of the highlands, and an unending variety of areas where geology, ecology and history lessons spring to life. Vatnajökull National Park has been nominated for inclusion on the Unesco World Heritage list.

Hiking trails and 4WD routes can get you to remote gems, but you don't have to go far to sample some of the park's highlights – worthy diversions (and awesome vistas) can be accessed from a standard Ring Road journey of the country, and there's a smorgasbord of tour offerings. The park operates five major visitor centres at Skaftafellsstofa, Gamlabúð, Skaftárstofa, Snæfellsstofa and Gljúfrastofa; and there are camping grounds within the park.

Access to the park's lowland and northern areas is straightforward. Things get more complicated accessing the glaciated and highland areas.