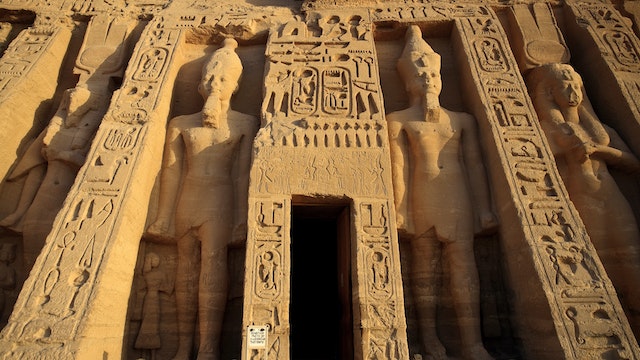 Overlooking Lake Nasser, the Great Temple of Ramses II and the Temple of Hathor, which together make up the Temples of Abu Simbel, are among the most famous and spectacular monuments in Egypt. In a modern marvel of engineering, which matches Ramses II's original construction for sheer audacity, the temple complex was saved from being swallowed by rising waters and lost forever after the building of the High Dam, by being moved lock, stock and barrel to the position it sits upon today.