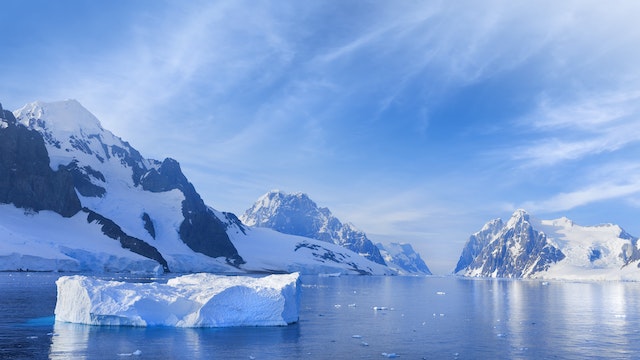 This steep-sided channel – just 1600m (5250ft) wide – runs for 11km (7 miles) between the mountains of Booth Island and the Peninsula. So photogenic that it's been dubbed 'Kodak Gap,' the passageway is only visible once you're nearly inside it. The channel was first navigated by the Belgian de Gerlache in 1898 and named after a Belgian explorer of the Congo.

Unfortunately, ice sometimes blocks the way, so ships may be forced to retreat and sail outside Booth Island. At the northern end of the Lemaire are two tall, rounded and often snowcapped peaks at Cape Renard.