From the all-night shadow-puppet performances to the bold and socially aware graffiti covering many a wall, Yogyakarta, the cultural and spiritual capital of Java, Indonesia, is above all a city of art and culture.

On any given day of the week, visitors to Yogyakarta can pick from an array of cultural events, including rock concerts, puppet shows and art exhibitions, taking place in and around the city.

Despite Indonesia being largely an Islamic nation today, the most spectacular of these cultural performances is the Ramayana ballet. It features dozens of dancers and musicians, elaborate costumes and explosive pyrotechnics as it recounts the story of the Ramayana, an ancient Hindu epic poem.

Although Ramayana ballets take place at a couple of venues in and around Yogyakarta, by far the most impressive is held in front of the thousand-year-old Prambanan temples just outside Yogyakarta. 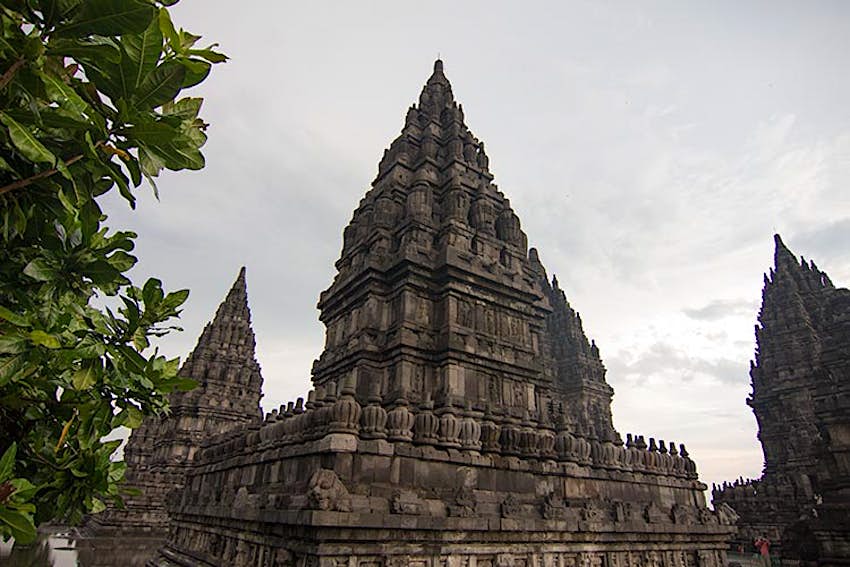 Built between the 8th and 10th centuries, the Prambanan temples are the finest remaining examples of Hindu temple architecture in Java. The most impressive of these temples is Candi Shiva Mahadeva, and the complex forms a spectacular backdrop to the performance. 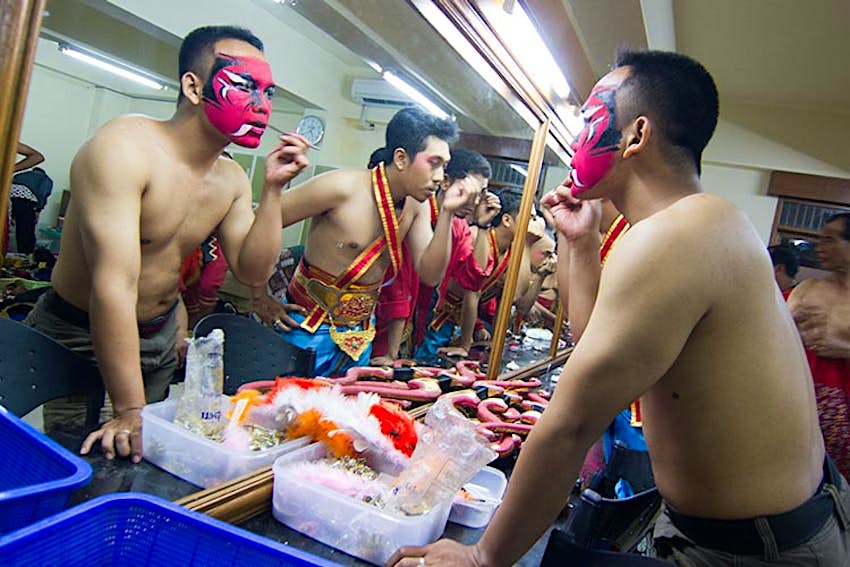 Around 200 people, including dancers, lighting technicians, musicians and make-up artists, are involved in the main outdoor ballet production, which takes place several nights a week between May and October. 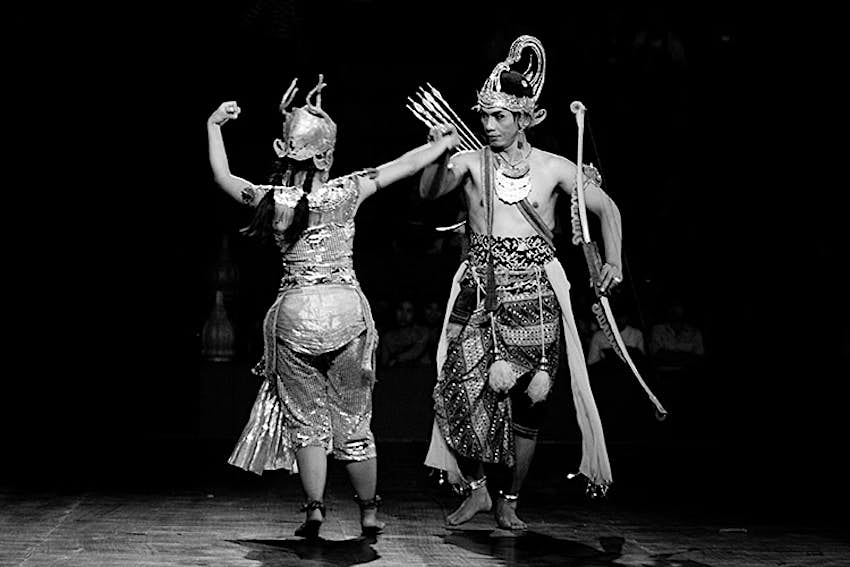 A pair of dancers performing during the ballet. Image by Stuart Butler / Lonely Planet.

The ballet tells the story of how the Hindu god Rama rescues his wife Sita from the clutches of Rahwana (or Ravana), a demon king who kidnaps her and takes her to Lanka. 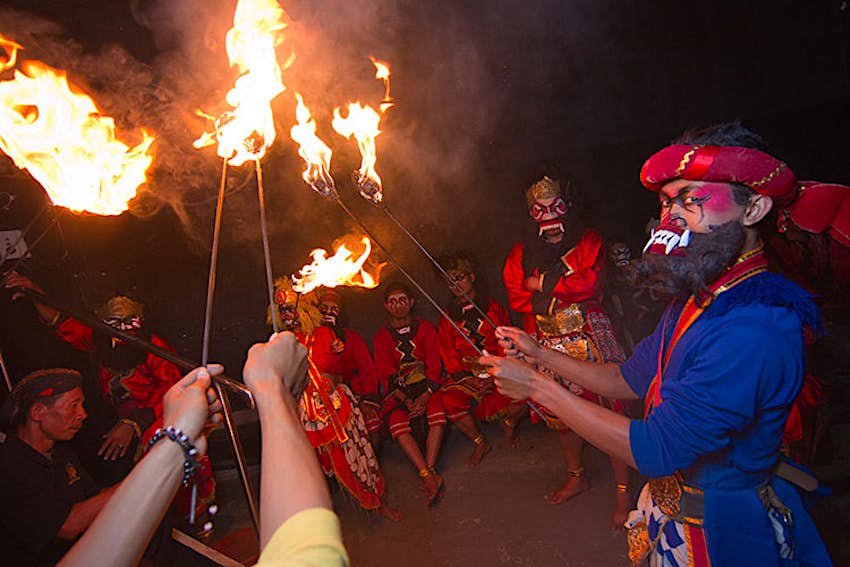 The culmination of the ballet is a spectacular fire ‘fight’ during which dancers leap through flames and wave burning torches as they recreate the final battle to rescue Sita from Rahwana. 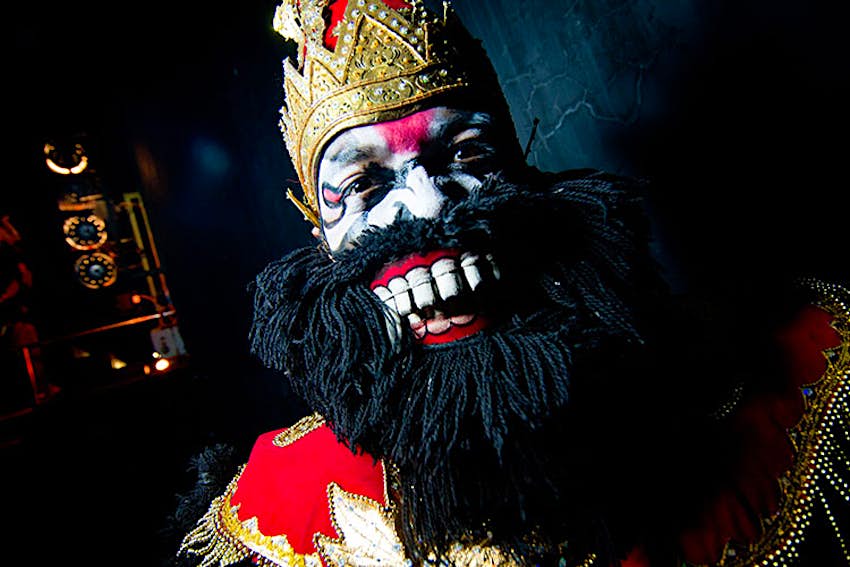 This picture shows one of the ape soldiers of Hanuman, the Hindu monkey god, who along with his troops plays a significant part in finding and rescuing Sita. 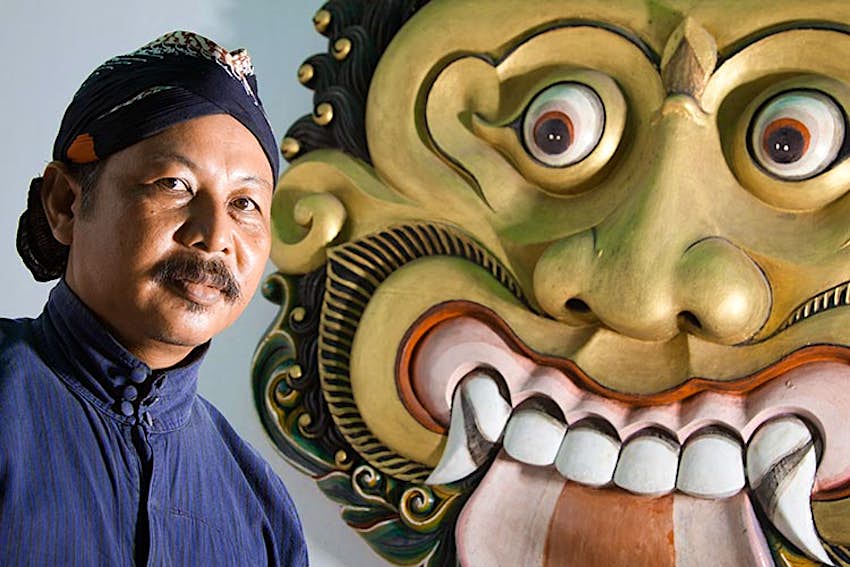 A guard at the entrance gate of the Kraton. Image by Stuart Butler / Lonely Planet.

The city's cultural and political heart is the Kraton, the huge walled palace complex of the sultans of Yogyakarta. Cultural events ranging from classical Javanese dance to gamelan orchestra recitals take place every morning inside one of the Kraton’s pavilions. 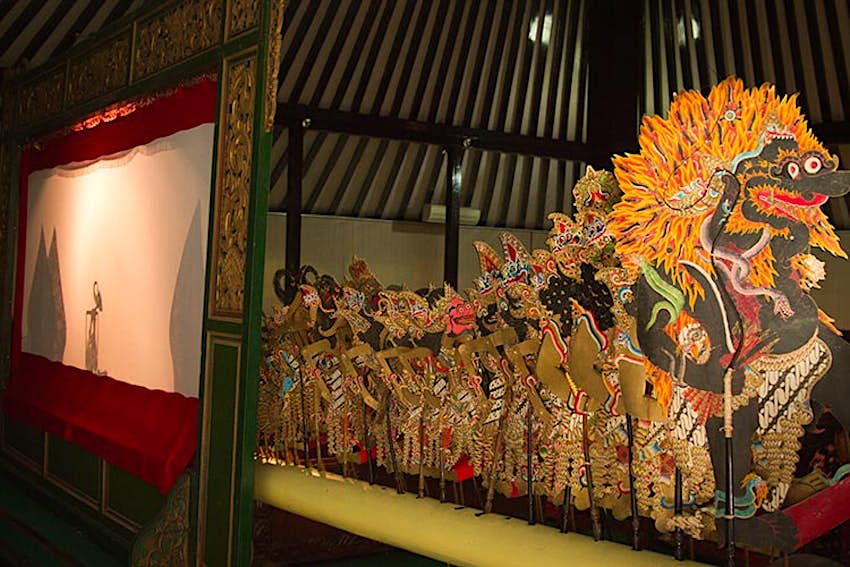 Wayung kulit, a type of shadow-puppet play, is the one of the more visible forms of traditional Javanese culture in Yogyakarta. As with the ballet, the stories told in a wayung kulit performance are usually based on one of the Hindu epics, the Mahabharata. The Sonobudoyo Heritage Museum (www.sonobudoyo.com) hosts performances most nights of the week. 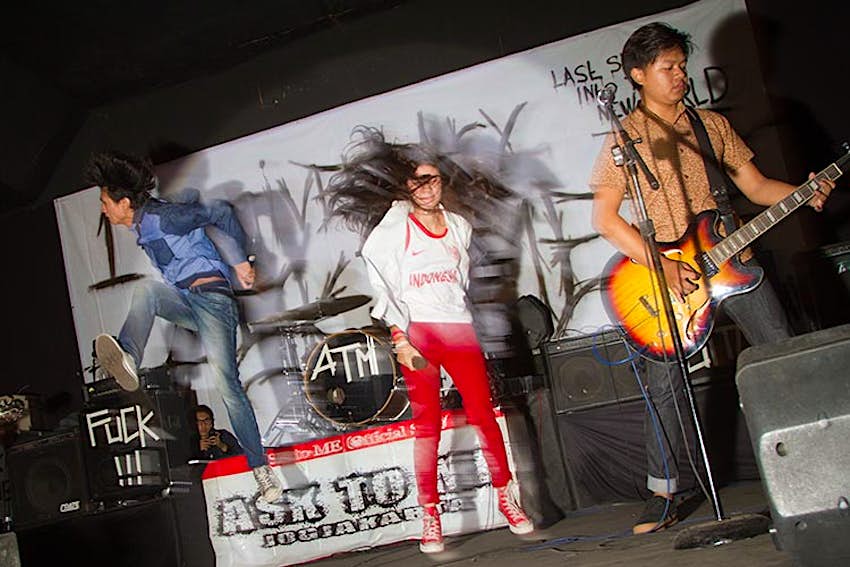 Performers on stage at a rock concert. Image by Stuart Butler / Lonely Planet.

It’s not all classical culture in Yogyakarta. The people are naturally musical and it can sometimes seem as if every young Indonesian wants to be a rock star. This photo of the punk band Only Kids was taken at a concert in Yogyakarta. 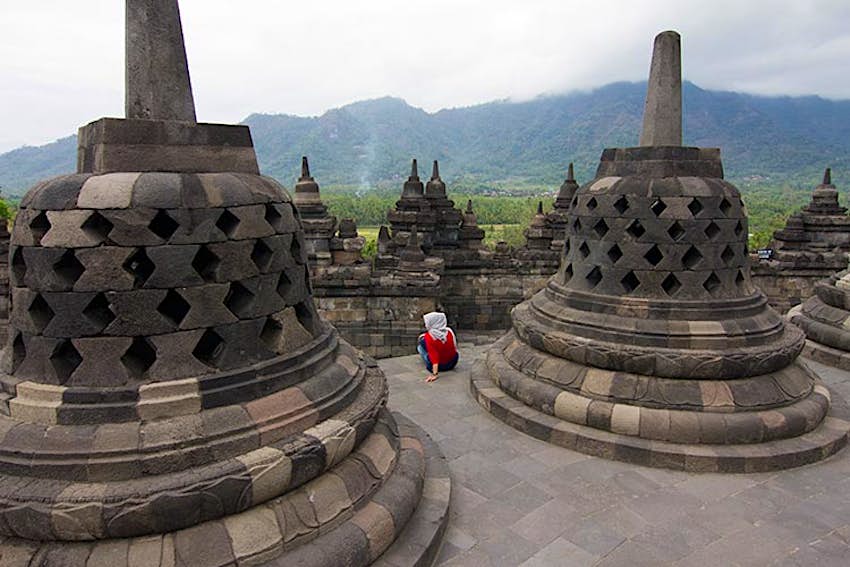 Borobudur, a vision of the cosmos in stone. Image by Stuart Butler / Lonely Planet.

There are myriad other tourist attractions around Yogyakarta. Constructed around 800AD, the Buddhist temple of Borobudur, a one-hour drive from the city, is one of the world’s largest Buddhist temples. It was conceived as a Buddhist vision of the cosmos in stone and contains over 500 Buddha statues and more than 2500 decorative and narrative relief panels. It is widely considered one of the most beautiful of all Buddhist temples.

Stuart Butler is a Lonely Planet author, writer and photographer specialising in East and Central Africa. He tweets at @StuartButler2.