The traveller's classic rites of passage

Travel: how was it for you? Did you ‘find yourself’ halfway up a mountain and come down a different person? Did you meet the love of your life in the lower bunk of a hostel dorm? Did you reach a destiny-defining decision in the back of a chicken bus?

Perhaps your experiences seem less melodramatic than this. But if you’ve spent any length of time living out of a backpack or a suitcase, there’s a fair chance you’ve chalked up one, some or perhaps many of a traveller’s classic rites of passage.

These events range from the trivial to the transcendental, the unpleasant to the wondrous. But whatever the details, they qualify you for lifetime membership of the tribe animatedly swapping notes at the crossroads – the airport lounges, the train stations, the hotel bars – where travellers often meet.

What? Just one? But you've been to dozens of special places; in fact, there's an argument to say that everywhere is special in its own way. True. But this place was different. It had nothing to do with how long you spent there either; maybe it was only a day, or just a few hours, but something about this city or wilderness or wherever got under your skin.

Moreover, it stayed there. You’ve hoarded countless pics of your adventures abroad and filled every wall, shelf and social feed with them. But this one – this special place – is the backdrop of the one in your wallet or purse or bag; a crinkled, faded image that you fish out and unfold whenever life leaves you looking for the exit sign.

And it’s the place you regularly return to in your dreams.

The captain has turned on the fasten seatbelt sign

Unless you avoid air travel as a mode of transport, you’ve probably heard this message at some point during a flight.

Technically, turbulence comes in three grades: light, moderate and severe. Light turbulence causes a plane to bob up and down by a few feet in a jet stream, but that’s enough to leave nervous passengers reaching for the barf bag. Move it up a notch and even the frequent flier brigade lose control of their lunch trays. Severe turbulence is so rare few pilots experience it during their careers, never mind passengers.

But even turbulence of that we-just-nosedived-10,000ft-in-five-seconds variety – you didn’t by the way; you dropped about a 100ft at most – represents no threat to the safety of the plane. Unless you possess Mr Spock-like levels of rationality though, the facts won’t prevent the limbic brain from taking over at the first shudder of wing.

The travel bug... not that one, the other one

You can exist on a diet of nothing but freshly peeled fruit, scrub up like a surgeon after every bathroom visit and refuse to touch a door handle until it’s been swabbed with an antiseptic wet wipe. But if you've spent significant time travelling (particularly in hot countries), the chances are you've already succumbed to travellers’ diarrhoea.

It starts as a gurgle in your gut, then swiftly becomes more ominous, as if an animal trapped inside your stomach has woken up, had a stretch and then gone absolutely berserk (at a bacterial level, this is accurate). Drink lots of water, switch to bland foods and see a doctor if it lasts more than a few days. Yeah, yeah; you know the drill. Other than that, you've just got to sit – add an ‘h’ for a more graphic image – it out.

Console yourself with this thought: in a few months’ time, you’ll be regaling family, friends and anyone else within earshot with the story of how the world once fell out of your bottom, as opposed to the other way round.

If you have time, taking a bus is a great alternative to catching a plane. It’s cheaper, better for the environment and more likely to provide a good story. In some places, it’s also the only way to get from A to B. Bus-based rites of passage take many forms: babbling maniacs in the next seat, drivers with a death wish, livestock bleating in the aisles…

Crossing obscure international borders can be a lot of fun. One minute, you’re risking a herniated disc to find a comfy position; the next, a stern official is confiscating your passport without explanation. You won’t see this identity-defining document again for hours, during which time you’ll unpack your luggage for inspection three times, lug it over the border in 39C heat, then desperately try to relocate the right bus in a gigantic, dust-blown parking lot before it leaves without you.

That done, the driver will tee up a second showing of the dubbed action flick on the screen above your seat, thus banishing the prospect of any sleep whatsoever. Sixteen hours after setting off, you stumble from the bus looking like an extra from George A. Romero’s Night of the Living Dead.

It sounds such an inconsequential thing, doesn’t it? But ask a traveller who has worn the same gear day in, day out during a long, gruelling journey, and they’ll testify to the peculiar pleasure of fresh laundry. Sometimes slap-up meals, first-class seats and penthouse suites are mere fripperies in comparison to a pile of expertly folded clothes.

So keep your Michelin-starred taster menu, your flat-bed seats and your 1000 thread Egyptian cotton sheets; for few sensory experiences on earth to rival ripping open a tumble-dryer or sun-warmed bag of clothes, shoving your head inside and taking a deep draught of a fragrance markedly better than the smell of your own armpit.

Picture the scene: you’ve survived the overnight bus journey from hell, found a hostel in your final destination and the bone-deep weariness in your contorted limbs is giving way to a zen-like state as you look forward to a proper night’s sleep.

Unfortunately, the sociopath in the bunk above you has other ideas. Just as you’re making the final adjustments to your eyemask and earplugs, they burst through the door, switch on all the lights and snatch up a guitar to strum the opening chords of 'Knockin’ on Heaven’s Door'. Bob Dylan gives way to their favourite playlist on speaker, followed half an hour later by an eternity of fidgeting, then snoring and – the final insult – the sound of breaking wind.

This will seem amusing in retrospect. Honestly, it will.

Breaking up and making out

Life is more vivid when you travel. Why? Because you’re leaving the known behind, entering the realm of the uncertain and experiencing the world in a heightened state of consciousness.

That heightened state can cast a fresh light on the only familiar object left in sight: the person who usually shares the sofa at home. Previously problem-free relationships can go pear-shaped in a hurry as the stress of the new reveals a side of them you’ve never seen before. And before you know it you’re heading in different directions, figuratively and literally.

The opposite is also true, though: for every relationship that has self-combusted, another has been forged through travel. Your personal rite of passage might be platonic, a meeting of minds as you and a new BBF (Best Friend Forever) bond over a shared experience. On the other hand, you might  end up combining sleeping bags for reasons rather less high-minded…

Be honest: do you spend more time a) admiring the sights b) talking to strangers or c) staring at your smartphone? Technology – especially that manifestation of it – has become central to the travel experience. You seek inspiration from it, book flights, hotels and tours with it, and rely on it in a dozen different ways on the road, from finding a way from A to B to documenting the trip for posterity (okay, Instagram).

But what if, on day one of your adventure, something bad should happen? What if that sleek, shiny rectangle of metal and glass slips from your grasp and bounces – once, twice, three times – into the path of a passing steamroller; or perhaps, less dramatically, it simply gives up the ghost for reasons unknown. Not just runs out of juice. But dies. Decisively. Kaput.

Now irretrievably offline, your mind buckles, your airways narrow and the unfamiliar walls start to close in… But after the shock subsides, the brutal, unexpected severing of your link to the digital world might work out well. Without a smartphone to shield you, there is no escape from the real world, which is, after all, what you’ve come for… isn’t it?

Get stuck in straight away by asking a local for directions, using the power of mime instead of Google Translate. How novel.

A moment of epiphany

Epiphanies don’t have to be life-altering to count; you can come back as the same person. Your experience might last just a second or two, but the magic lingers long in the imagination.

What does it look like? It's a fireball of sun sinking below the horizon as you watch from a hammock strung between two palm trees; it's a sip of ice-cold beer after climbing a mountain with burning lungs and aching legs; it's the unbidden generosity of a stranger who doesn't even speak your language; it's the Taj Mahal at dawn, the Grand Canyon at dusk, Tower Bridge at night. It's the sudden knowledge that you don't have to go home. Not now. Not yet. Perhaps never.

Whatever form it takes for the individual, it’s the moment when you realise that the world is infinitely bigger, richer and more mysterious than you ever dared hope.

Welcome to the tribe. 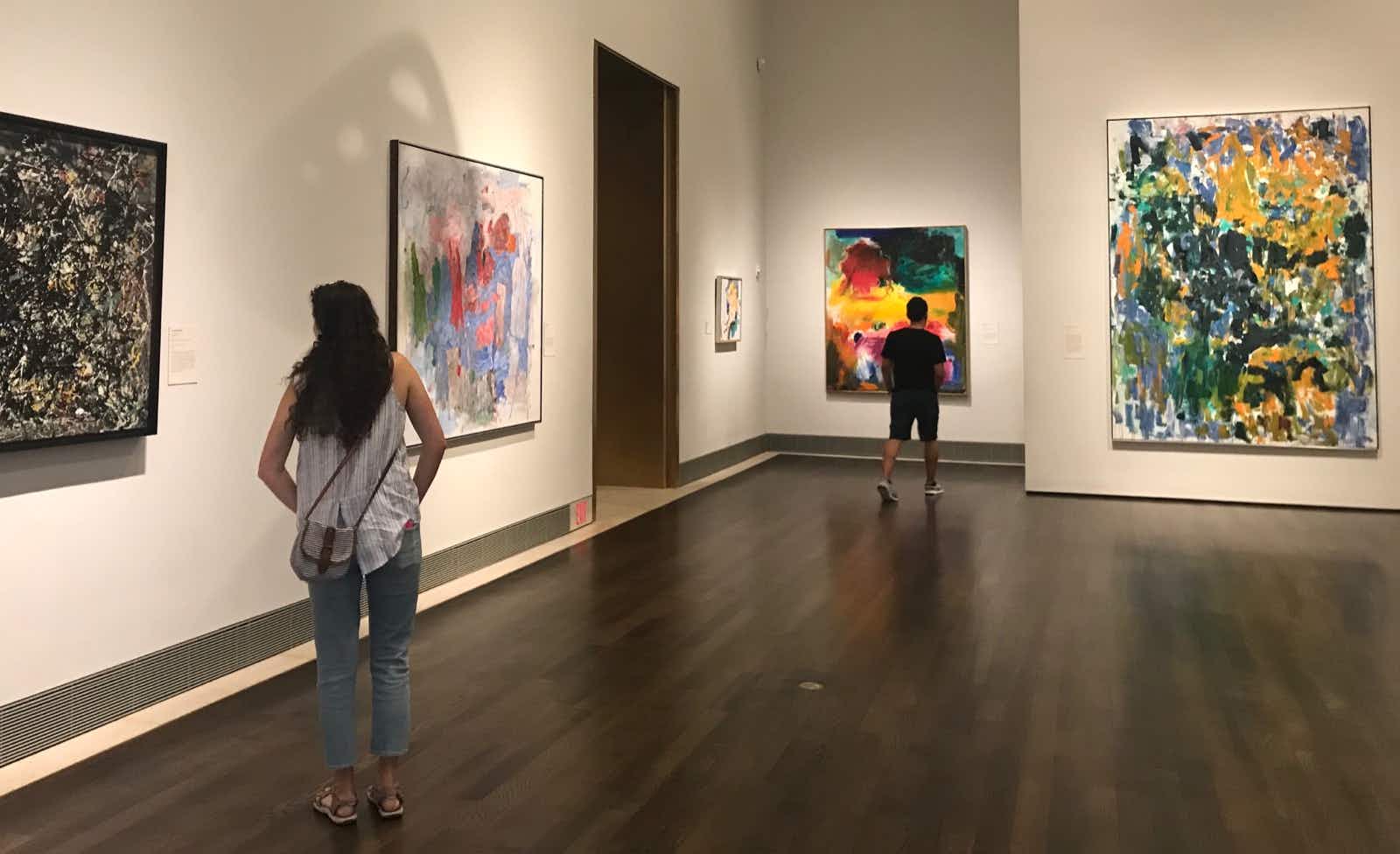 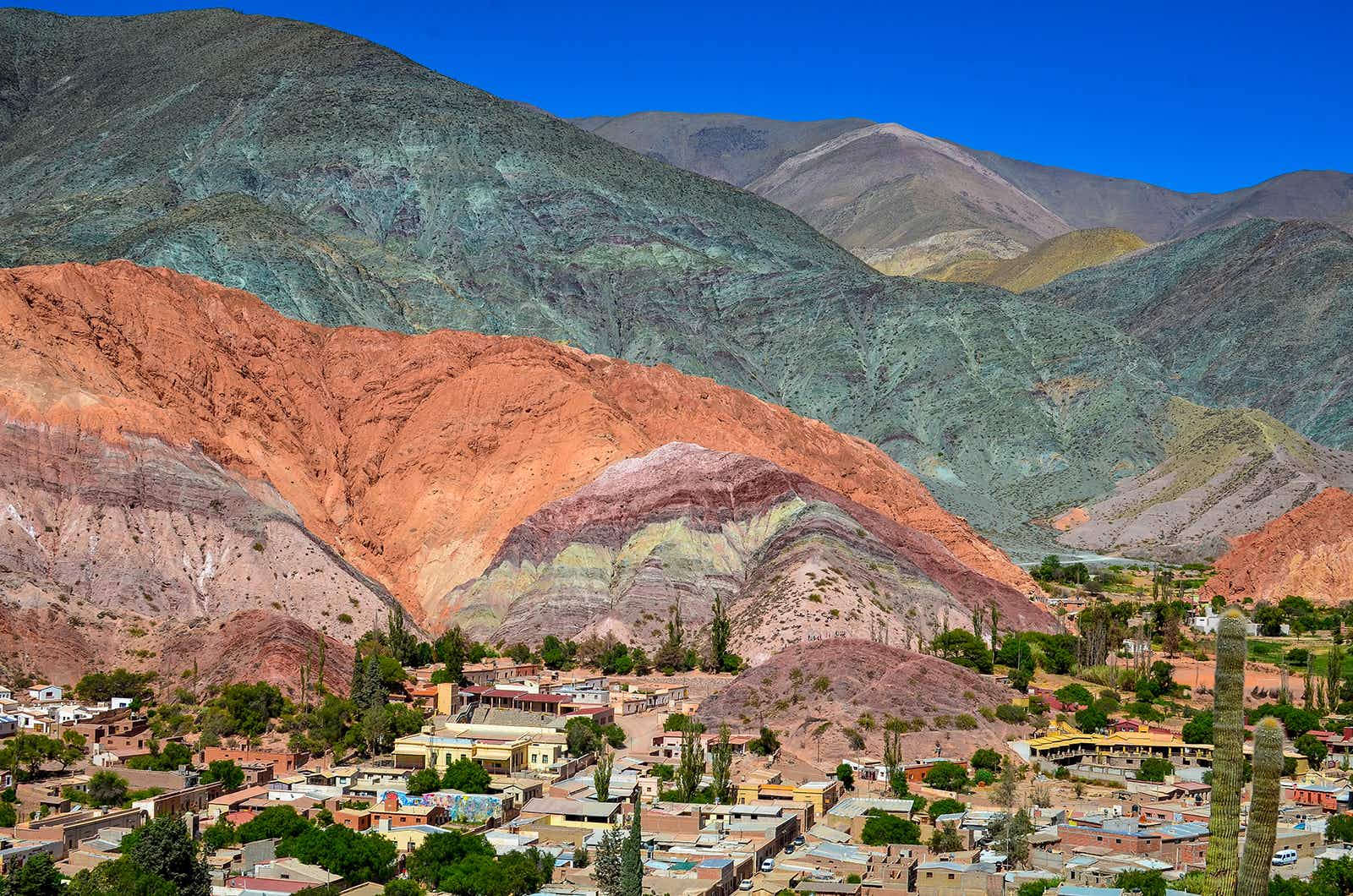 Argentina as muse: works of art inspired by Argentine landscapes…