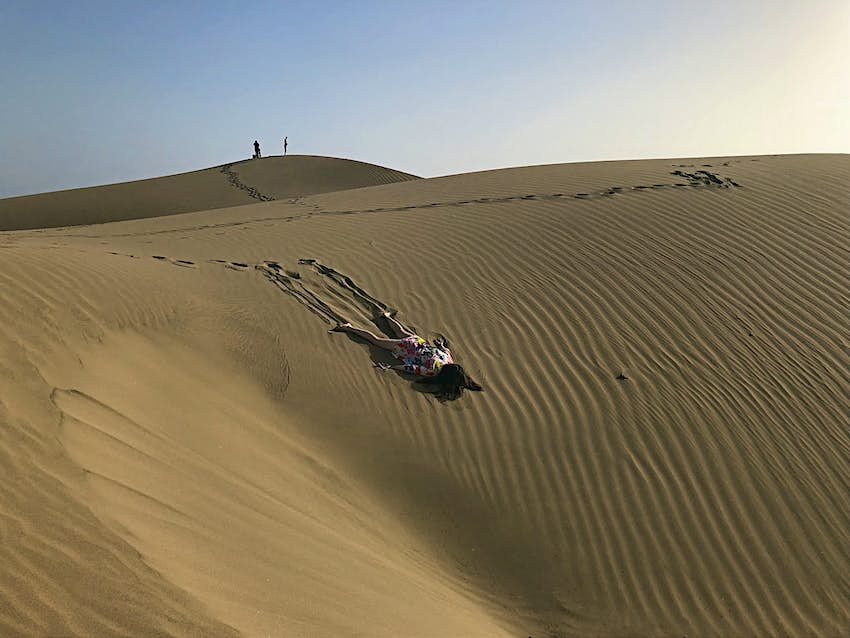 Have you ever seen a view so spectacular on your travels that you, like, just totally died? Stephanie Leigh Rose has – and she's built an ongoing performance art piece around the idea that some destinations are simply so fabulous that they slay.

Stefdies was conceived several years ago after Stef and a friend had pulled an all-nighter on the road, and snapped a joking shot to express how they were "dead exhausted." Thus a series was born, featuring photos that subvert the usual tourist tropes by pairing stunning, Insta-worthy scenery with Stef's prone body, often surrounded by bemused, baffled, or oblivious fellow travelers.

Rather than posing perkily for the camera, all smiles and carefully chosen angles, Stef has been flinging herself on the pavement and grassy verges of the world in an ode to the hyperbole we often resort to in order to express our amazement at the wonders around us.

There's an element of physical comedy to Stefdies, and her photos – which have garnered a large following on Instagram – hinge on the unexpected, offering a poignant reminder that so much of our wanderlust is motivated by a sense of our own limited mortality. "I never want it to be confused with that I'm making fun of mortality," Rose explained to Lonely Planet, "because Stefdies is very much, like, a celebration of life and being in the moment and celebrating this world that we live in."

That humorous, cheeky take on ubiquitous travel photos and online perfectionism –  homogenized and stoked by platforms like Instagram – attracted the attention of the art world. Soon the character and commentary embodied by Stefdies wasn't just the stuff of social media, but could be seen on gallery walls, too.

"If I'm going to put something out into the world and then also, like, call it art or talk about it through the lens of art, I sort of want it to be meaningful and powerful and enjoyable. I can't just take a silly picture. So I sort of created this world of Stefdies," said Rose of her work.

We had a chance to catch up with Rose and learn more about that world, and what Stefdies has to say about inclusivity, aesthetics and performativity in contemporary travel culture, as well as the power of truly living in the moment – watch the video to learn more bout her work.