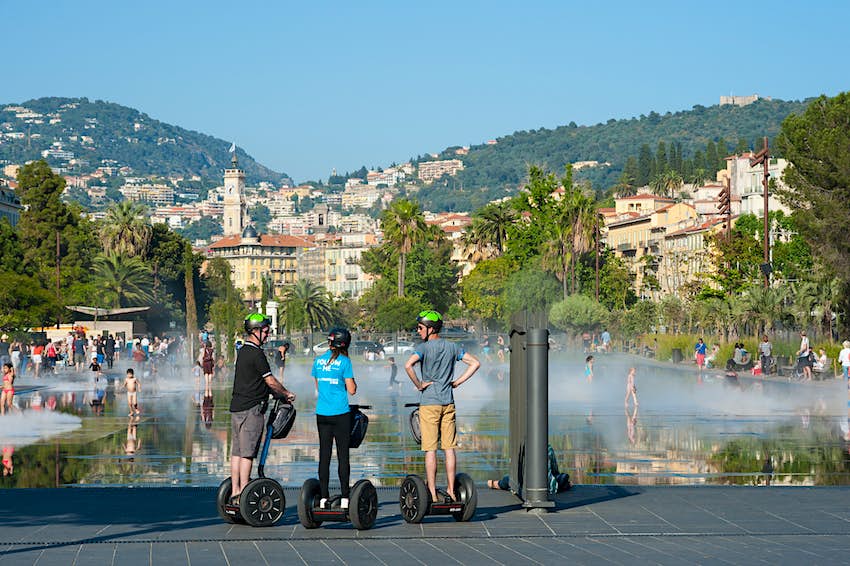 Tourists on Segways at the Promenade du Paillon in Nice. © gabriel12/Shutterstock

After nearly two decades of production, Segway will no longer make its namesake two-wheeled vehicle after mid-July. Touted as a personal mode of transportation that would make cars obsolete for short trips, the Segway was more often used on city sightseeing tours. Its steep price tag – which could be up to US$10,000 – and patchy safety record meant that it was never widely adopted by the public when it debuted in 2001.

The Segway scooter, with a top speed of 10mph, was self-balancing, but riders and even bystanders would often overcorrect and end up in accidents or get injured, including high-profile politicians and celebrities such as former US president George W Bush falling off a Segway in 2003 and champion sprinter Usain Bolt was knocked over by a cameraman’s Segway in 2015. Ten months after he bought the company, British millionaire Jimi Heselden died in 2010 after falling from a cliff while riding one.

Once hyped by Apple founder Steve Jobs that it would be ‘bigger than the PC’, the iconic vehicle was widely mocked, including in the 2009 film Paul Blart: Mall Cop, in which actor Kevin James played an overzealous security guard who patrolled a shopping center on a Segway, and in Weird Al Yankovic’s music video for ‘White and Nerdy’.

"Given our decades-long history, we recognize that this decision may come as a disappointment to our strong and loyal following among private owners, who view the Segway as one of the more innovative creations of the early 21st century," Segway president Judy Cai said in a statement.

The company was acquired by Ninebot, its Chinese rival, in 2015, which has said that the Segway accounted for less than 1.5% of its revenue last year. About 140,000 Segways have been sold since the company was founded.