A new social endeavour is transforming what was formerly one of Bogotà’s most dangerous areas, “El Bronx,” into a cultural corridor. Renamed the Bronx Creative District (BCD), the urban renewal project is aimed at rebuilding the social fabric of the neighbourhood and promoting a host of creative industries.

The BCD is located on Milla Street (known as La Milla) just a couple of blocks from the historic La Candelaria in downtown Bogotá. According to a local newspaper, The City Paper, 2000 police stormed the area over a year and a half ago, tearing the infamous corner to the ground.

With the support of the Mayor Enrique Peñalosa, The City Paper reports, the BCD is the first in Colombia and will be committed to developing an “orange economy,” or a creative economy, that is focused on generating employment and strengthening the local cultural scene through artistic industries such as architecture, fashion, photography, design, music and performing arts. Other services planned include restaurants, bars, cafes, banks and beauty salons which will bring additional investments to the district.

Furthermore, several educational institutions are set to open in the sector, giving some 10,000 students the opportunity to study web design, culinary art and manual skills.

In an article released by the City Hall, Peñalosa pointed out that the “Bronx is fashionable and in this new Creative District, entrepreneurs, designers, businessmen, merchants and the academy – motors of the new Bogotá – will congregate.” The mayor has also stated that the project will be implemented in five stages covering 14.4 hectares with an investment of over 400 billion pesos.

Since the project was launched this year, La Milla has been the scene of many cultural and music festivals, the “Bronx Festival is in Fashion” fashion show showcasing up and coming young designers, movie premiers and the Detonante Festival – Colombia’s largest leadership, culture and entrepreneurship event that included panels, conferences and interviews with local plastic artists, clothing and jewellery designers and musicians.

“Creativity is infinite and inexhaustible raw material, abundant in our city, and we want the new Creative District of Bogotá to become the epicenter of all this creativity. We want actors from the culture and art sector, entrepreneurs, designers, students and entrepreneurs to inhabit this sector that will have spaces for the development of projects focused on innovation, entrepreneurship, the collaborative economy and cultural and creative industries, ‘’ explains Mónica Ramírez Hartmann, Director of the Gilberto Alzate Avendaño Foundation and Project Manager of the Bronx Creative District.

For information on upcoming events in the Bronx Creative District, visit their website. 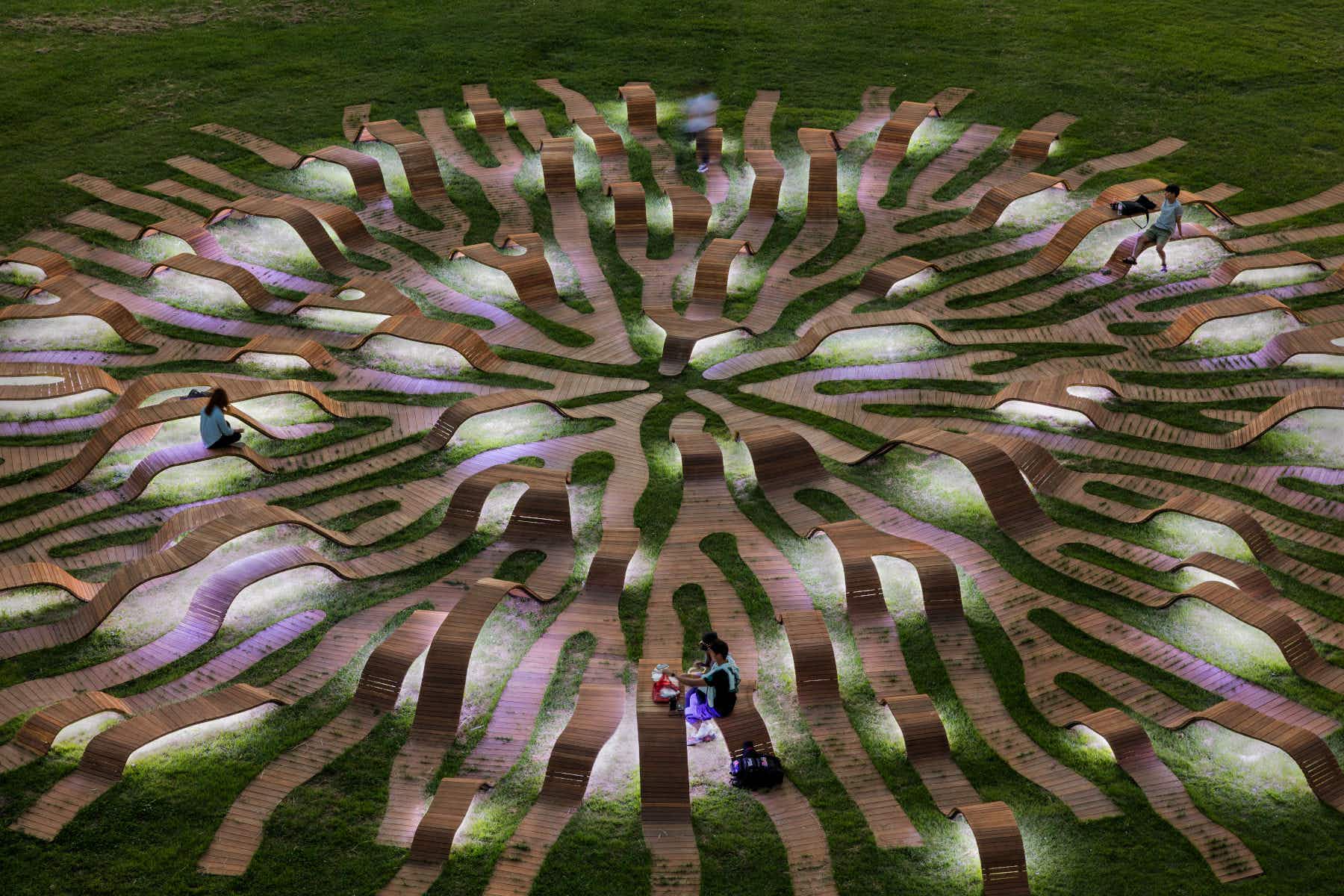 An incredible bench in Seoul looks like a massive tree… The author who travels the world as a 'human backpack'…