Did you hear the one about the island that disappeared?

Bermeja, a tiny uninhabited island to the northwest of the Yucatán Peninsula, seems to have done just that. One century, it's sitting pretty at 22°33' N, 91°22 E in the Gulf of Mexico; the next, it's vanished, confounding maritime investigations and aerial surveys alike. And the Mexican people want to know where it went.

Back in the 16th and 17th centuries, Bermeja was a common fixture on maps drawn by Spanish explorers. Its location sometimes varied slightly, its name occasionally appeared as Vermeja, but its existence seemed certain enough. But from the 18th century, the island's cartographic presence started faltering, before it eventually dropped off the horizon altogether. Its last mapped appearance dates back to the 1921 edition of the Geographic Atlas of the Mexican Republic. So what happened to it? 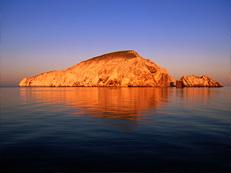 Theories abound regarding Bermeja's mysterious fate. Was it a casualty of global warming and rising sea levels? Did an underwater earthquake shake it clean off the radar?  Or did the CIA blow it up, as conspiracy theorists suggest, with a view to expanding US sovereignty in the oil-rich Gulf? Far-fetched, perhaps, but not entirely far out.

In 1997 the Mexican and US governments negotiated a treaty to divide Hoyos de Dona, a stretch of international waters taking in the area where Bermeja was once believed to be located. Seized by a renewed interest in the long-lost island's existence, the Mexican government sent an expedition out to find it. After all, if Bermeja did exist, it would significantly extend Mexico's maritime limits – and, more importantly, its right to the oil deposits within these limits.

The search yielded nothing and the treaty was signed. But with the authorized period of delay on oil exploration and exploitation in Hoyos de Dona set to expire this year, Mexico is on the hunt once more. The implications for the country's economy are just too appealing to ignore. 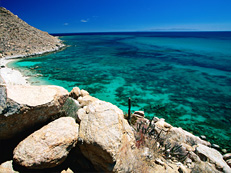 Three official investigations took place in 2009. All three used the most whizz-bang technologies at their disposal, leaving no wave unturned and no depth unplunged. Yet Bermeja remained elusive. Could it be time to admit that the island never existed? That it was invented by early explorers to mislead their rivals? Julio Zamora, president of the Mexican Society of Geography believes so: 'Countries making maps in the 16th and 17th centuries published them with inaccuracies to prevent their enemies from using them.' One strategically placed fake island, and aspiring usurpers would be dissuaded from venturing that way, thus allowing the map-makers free run of the area.

Irasema Alcántara, from the Geography Institute at the Universidad Nacional Autónoma de México (UNAM), disagrees. 'We've encountered documents containing very precise descriptions of Bermeja's existence…On this basis we firmly believe that the island did exist, but in another location.'

Phantom island, maritime has-been or innocent victim of political power play? The truth about Bermeja is still out there…