On the Cajun music trail in Louisiana

A fiddle scratches out a sweet wail in a sweatbox dance hall. The wheeze of a button accordion adds a waltzing rhythm. These are the beginning bars of Cajun music, the aural legacy of rural southern Louisiana. It's a soundtrack that can alternately move you to tears or intense dancing (and sometimes both) in the space of a few bars.

Who are the Cajuns?

Many people think the terms 'Cajun' and 'Creole' are interchangeable, but they actually refer to two distinct populations. In Louisiana, Creoles are either the descendants of 18th-century French and Spanish colonists, or racial mixes of African Americans, white Louisianans and sometimes, Native Americans. The Cajuns on the other hand descend from Francophone refugees who fled the maritime provinces of Canada after they were conquered by Britain during the Seven Years' War (also known as the French and Indian War).

These maritime provinces (New Brunswick, Prince Edward Island and Nova Scotia) were, under French rule, known as Acadie, and the refugees deemed themselves Acadiens (Acadians). A homeless population of Acadians searched for a place to settle for decades until seven boatloads of exiles arrived in New Orleans in 1785. By the early 19th century some 3000 to 4000 Acadians, or Cajuns as they became known, lived in southern Louisiana. Some farmed rice, some worked crops and livestock on the prairies, and some occupied the swampland, where they eked out a living based on fishing and trapping.

Cajun music tends to be built around a fiddle and accordion; modern ensembles often add a bass and rhythm guitar, and sometimes a drum set. Traditional songs address subjects such as frontier life, death, love and even the supernatural, such as Hippy To-Yo, a Cajun classic about a pair of ghost dogs.

Zydeco merges Cajun instrumentation and techniques with African-influenced beats and rhythms. Ensembles originally comprised a fiddle, a diatonic button accordion, guitars and a triangle; the rhythm section usually also includes a frottoir: a metal washboard-like instrument that’s worn like armor and played with spoons. The end result is a genre of music that is made for dancing.

Strictly speaking, Cajun music is the music of those descended from the Acadians, while zydeco is the music of French-speaking people of all backgrounds who share the region. We know that many musicologists (to say nothing of Louisianan music fans) would consider it a heresy to lump the two genres together. But as both come from Cajun country, for now, we're considering both to be Cajun music.

Where to hear Cajun music in New Orleans

Cajun music pops off in New Orleans here and there, but the most consistent show in town is at the Rock ‘n’ Bowl. On Thursday nights, this bowling alley-turned-main-stage-venue hosts a zydeco act that's been consistently wowing audiences for years. Patrons flow in from across the city and suburban parishes and engage in an enormous dance party; when your feet wear out, you can hit the bowling lanes.

Mulate’s restaurant in the Warehouse District isn’t exactly a hole in the wall with sawdust on the floor – the sort of place many people think of when they imagine a Cajun dance hall. Despite the tourist-y vibe you can catch live Cajun music here any night of the week.

The other sure shot means of hearing zydeco and Cajun music in New Orleans is during Jazz Fest. This is the city’s iconic music festival, and one stage – the Fais Do-Do stage – is a nonstop showcase of the best of Louisiana’s Cajun and zydeco sound (‘Fais Do-Do’ is Cajun slang for a party). Locals tend to flock to the the Fais Do-Do stage as it is often a respite from the crowds at bigger main stages, and there’s always dancing to boot.

About three hours west of New Orleans is the city of Lafayette, which is the heart of Louisiana's Cajun country. Lafayette and nearby Breaux Bridge have a number of excellent venues for Cajun music, but by far the most famous is the Blue Moon Saloon. Check the website for Cajun music events, as the lineup is often pretty eclectic. Whatever is playing, a show here is always a winning proposition.

La Poussiere hosts a more traditional Cajun dance hall experience (and an older crowd), and has been reeling in the crowds for over five decades. Randol's is a seafood restaurant and dance hall combo that has Cajun bands playing seven nights a week. Be prepared to get up and dance or have your excuses ready.

If you want some Cajun food to go with your Cajun music, the zydeco breakfast at Buck and Johnny's in Breaux Bridge is a wonderful intersection of decadent cuisine and the sort of danceable tunes that will help you shake the calories off.

About 20 minutes east of Lafayette is the tiny town of Henderson, a waterfront community situated near the glassy wetlands of the Atchafalaya Basin. It's long been a magnet for Cajun concerts, which regularly pop off at the enormous dance hall at the Atchafalaya Club.

In the Cajun Prairie

North of Interstate 10, bayous and swamps give way to grasslands, prairies and (yes!) dancing cowboys. The small towns of Opelousas, Eunice and Mamou are a hotbed of Cajun and zydeco music with museums, radio shows and venues dedicated to the genre. The best time to visit all three communities is Saturday, when you can take in a live show at Fred's Lounge, follow with the Cajun jam at the Savoy Music Center in Eunice, spend the afternoon in the region's museums and (if you've still got some accordion left in you), dance the night away in Opelousas.

On Saturday mornings, this smoky little sweatbox of a bar hosts a packed Cajun music concert that draws in crowds from across the state, many of whom speak Louisiana French as a second, if not mother, tongue. Doors open in the morning (around 9am), and a few minutes later, people are several sheets to the wind and dancing to boot. It's a step back in time, and a reminder that for all Louisiana is a part of the USA, the Cajun frontier is very much its own entity. Fred's Lounge is found at 420 6th St in Mamou; the music usually wraps around 1:30pm.

Saturday is also the day to head into Eunice, a short drive south of Mamou, where the Savoy Music Center, an accordion factory and shop, hosts a Cajun-music jam from 9am til noon. Anyone can join in, although be warned: only one triangle player is allowed to jam at any one time. The shop sells Cajun music CDs and instruments.

When Saturday evening rolls around, it's time for the 'Grand Ole Opry' of Cajun music. At the Liberty Theater, locals dance in front of the stage where a variety of bands play for the broadcast of Rendez-vous des Cajuns, the live musical variety show that's played out on local radio from 6pm.

This article was originally published in 2015 and updated in 2018. 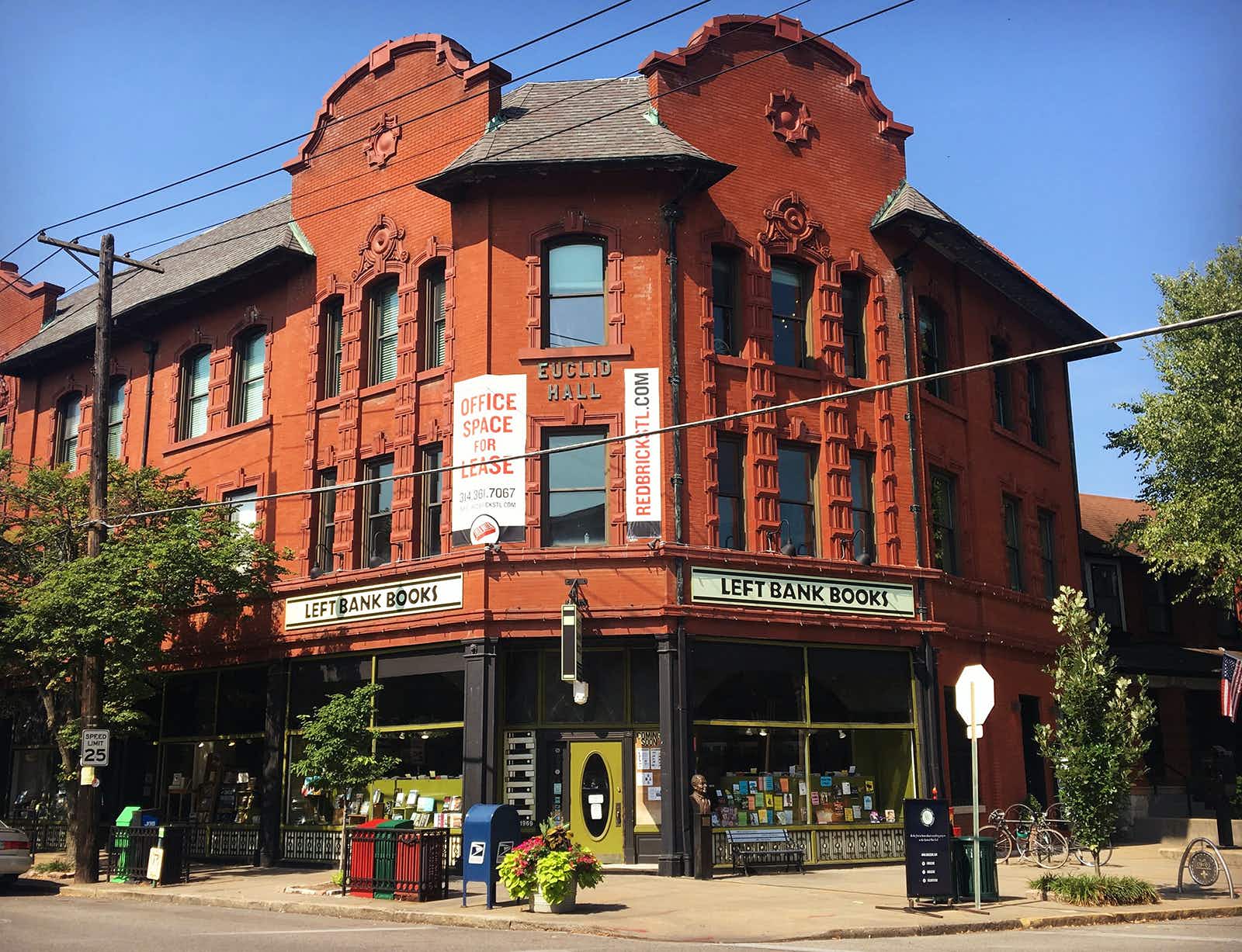 11 authors recommend US bookstores worth traveling for 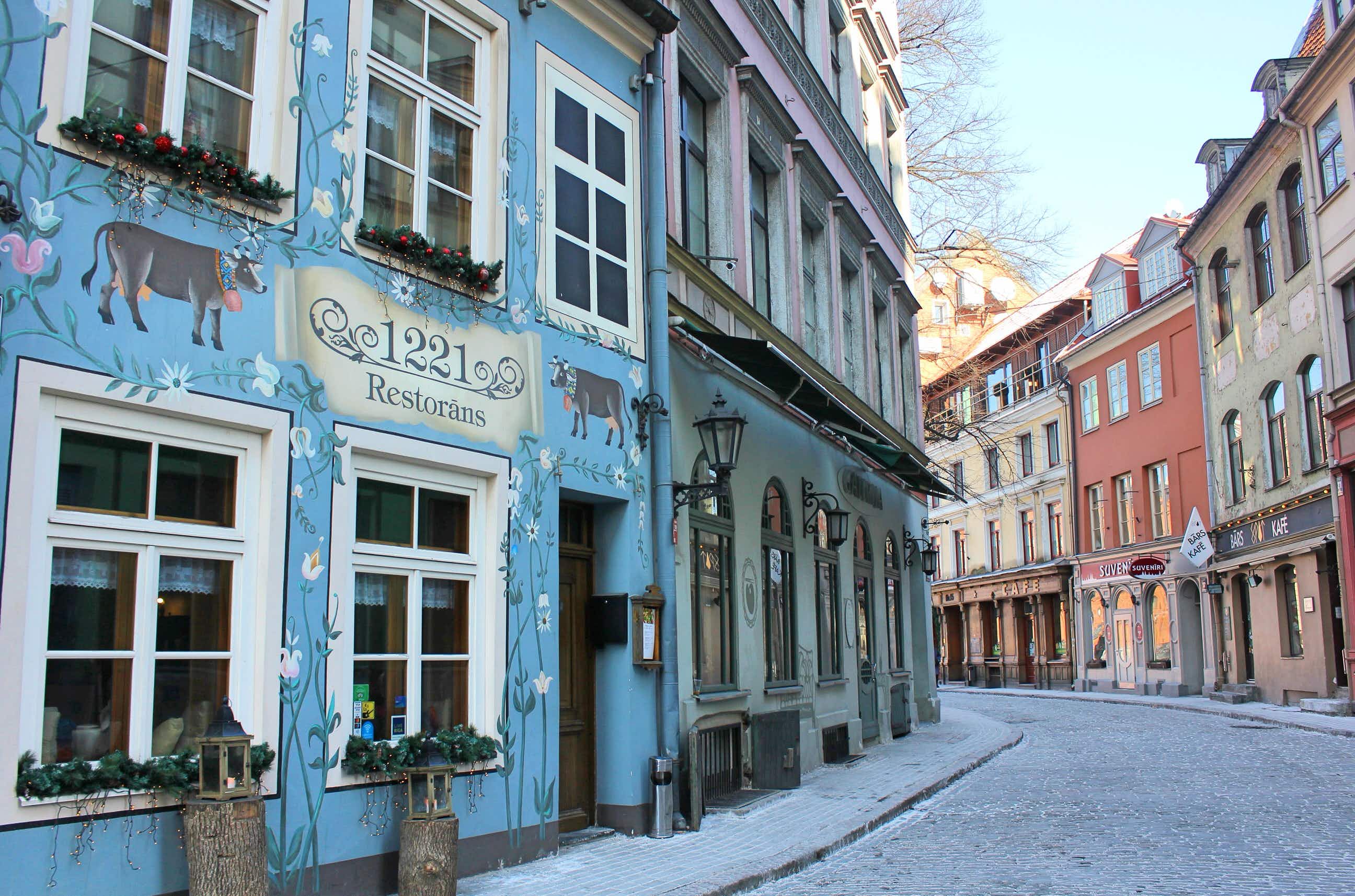 Exploring historic Rīga on a budget