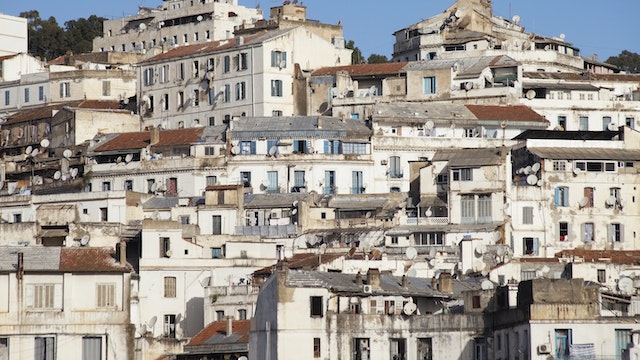 The heart of the city is its ancient Casbah, a steep and narrow maze of streets just west of the Pl des Martyrs. There are several magnificent Ottoman palaces to explore here, most concentrated around the Djemaa Ketchoua at the end of Rue Ahmed Bouzrina; the finest is the Dar Hassan Pacha.

This fiercely traditional neighborhood saw some of the most bitter fighting during the Battle of Algiers (Gillo Pontecorvo's extraordinary film of the same name was shot in situ shortly after the war's end). Today the Casbah is fine to walk around, but exercise extreme caution with personal belongings and avoid going there at night. Hiring a guide (ask at your hotel) is not a bad idea.