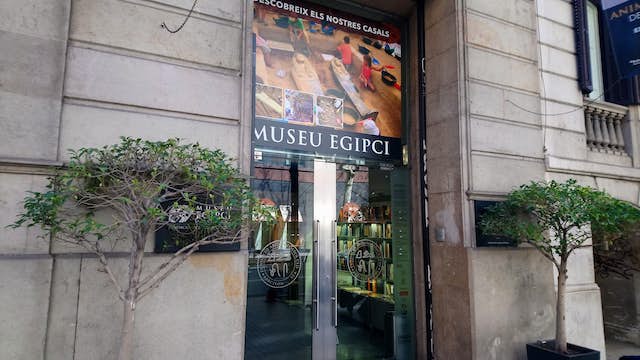 Hotel magnate Jordi Clos has spent much of his life collecting ancient Egyptian artefacts, brought together in this private museum divided into thematic areas (the pharaoh, religion, funerary practices, mummification, crafts, eroticism etc). There are funereal implements and containers, statuary (such as a 300 BCE bronze representation of the cat goddess Bastet), jewellery (including a fabulous golden ring from the 6th or 7th century BCE), stonework and earthenware, and even a wood-and-leather bed dating to around 2800 BCE.

The basement exhibition area and library displays volumes including original editions of works by Howard Carter, the British Egyptologist who led the Tutankhamun excavations, and there's a cafe up on the rooftop.