This "coral ark" aims to save the world's precious reefs 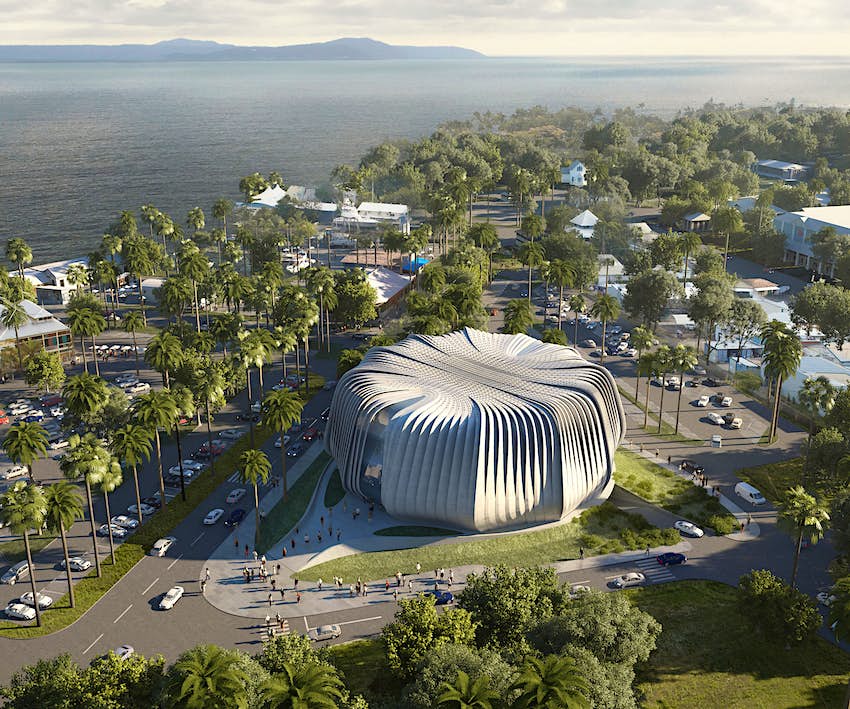 Plans for the world’s first dedicated coral conservation facility have been revealed near the Great Barrier Reef in North Queensland, Australia. Called the Living Coral Biobank, it will aim to secure the long-term future and biodiversity of corals worldwide which are under severe threat due to climate change.

The project is led by the Great Barrier Reef Legacy (GBR Legacy), who have just unveiled designs by Contreras Earl Architecture. It will be a next-generation design incorporating  renewable energy that creates optimal conditions for coral storage while minimizing energy consumption and solar gain - a living “coral ark”. The primary goal of the facility is to keep alive and nurture over 800 species of the world’s hard corals preserving them for future generations to enjoy and ensuring the survival of one of the natural wonders of the world.

How to help save the world's coral reefs

Recently a shocking study revealed that the Great Barrier Reef has lost half of its coral as a direct result of climate change. From November onwards the Living Coral Biobank Project team will start identifying and collecting living fragments, tissue and DNA samples of the Great Barrier Reef’s 400 coral species. Until the new Living Coral Biobank facility is built, the first hard coral species will be looked after by Cairns Marine, a world leader in coral collecting, husbandry and distribution and then once acclimated to life in a tank, they will be moved to the initial Living Coral Biobank holding tank in Cairns so that people can learn about and enjoy the first species in the collection.

“The Living Coral Biobank is the only project that can secure the living biodiversity of the world’s coral species immediately,” said Dr Dean Miller, Living Coral Biobank project director and managing director of the Great Barrier Reef Legacy. “To ensure this priceless living collection is held in perpetuity for generations to come we need the world’s most advanced facility that also promises to use only renewable energy sources and function with optimum efficiency, while also creating an unforgettable visitor experience - and that’s exactly what this design delivers!”

The  6830-square meter multi-function centre will also host exhibition areas, an auditorium and classrooms as well as advanced research and laboratory facilities over four levels. It will enable visitors to get up close to live specimens in aquarium displays, learn about coral ecosystems through exhibitions and events, and observe coral husbandry experts going about their daily work in a protected wet lab environment. In addition, the facility will also have a unique 200-person function space. The facility is expected to be completed by 2025. More information is available at the Great Barrier Reef Legacy’s official website.