Escape the concrete jungle: pockets of the past in modern Seoul

Concrete. Glass. Steel. That’s the common perception of Seoul. And when you consider the damage done to the city during the Korean War, followed by its rapid industrialisation, it’s not surprising that the first thing you notice about the South Korean capital is its modernity. 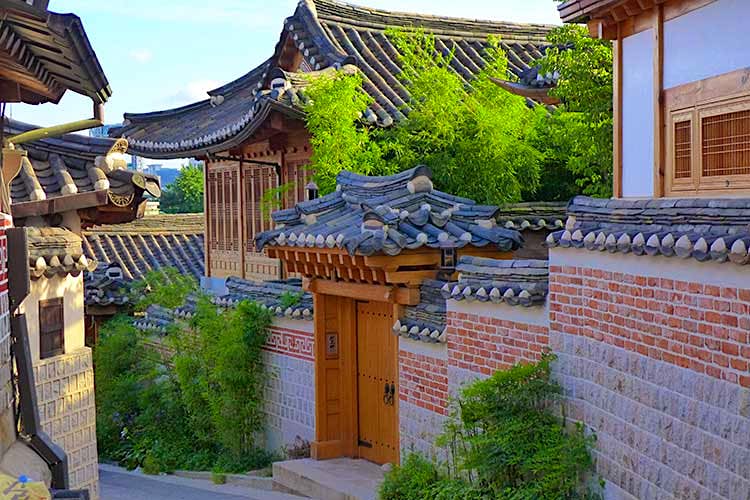 But believe it or not, there’s more to Seoul than shiny corporate towers. Here and there, pockets of its 2000-year-old past are tucked between 21st century structures. In an ever-busy city, these historic and natural spaces offer a welcome time out from the march of progress. Here’s where to find them.

Once you move beyond their main gates and distance yourself from noisy visiting school groups, there are some delightfully quiet spaces within the city’s former royal palaces. The two most interesting, Gyeongbokgung and Changdeokgung, are easy to locate in the heart of old Seoul.

Gyeongbokgung was the formal seat of Korea’s Joseon dynasty, whose kings reigned for five centuries, though it was largely demolished during the Japanese occupation (1910-45). Since the 1990s, however, extensive restoration has returned a sense of royal grandeur to its sturdy gates and grand throne room. 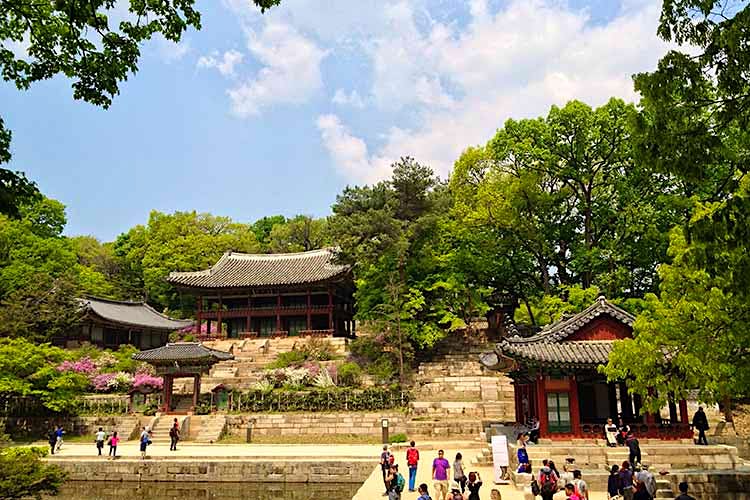 Once beyond the vast parade ground where the changing of the guard takes place, it’s a different story.

In nooks and crannies between the various buildings, there are smaller structures with beautifully painted eaves, quiet courtyards and harmonious gardens in which to sit and reflect. Keep an eye out for statues of turtles, which are said to protect the north sides of the complex from evil spirits.

To the east, Changdeokgung has less of the formality of Gyeongbokgung’s gridlike layout. This was the monarchy’s working palace for centuries, and its asymmetrical design follows the contours of the landscape.

The most attractive area here is the vast Secret Garden, a royal retreat built around four gullies. Once off-limits to outsiders, the king and his courtiers ate, drank, composed poetry and contemplated nature here. Slip away from the optional guided tour and try stringing together a sonnet yourself.

It’s amazing that this district has retained so much of its historic appeal, given the turbulence of Korean history. South of the two palaces, Insadong was for centuries the home of wealthy government officials, before becoming a district specialising in antiques. 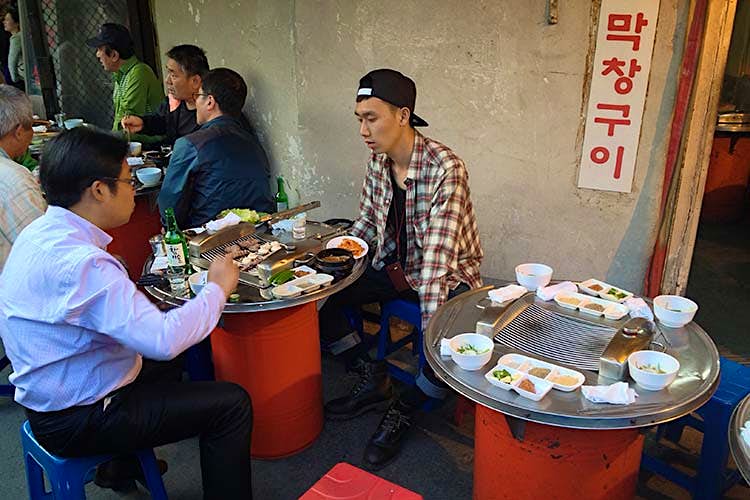 Diners in an alleyway restaurant in Insadong. Image by Tim Richards / Lonely Planet

After the Korean War it was a popular artistic and cafe district, and much of that atmosphere still permeates its meandering main thoroughfare, Insadong-gil.

It’s hardly a quiet street, often thronged with people checking out the galleries and craft shops along its length, or heading for one of the many cafes popular with the newly coffee-mad South Koreans. But it’s very walkable, lined with low human-scale buildings and intersected by narrow laneways.

There’s no guarantee the views from the 237m-high N Seoul Tower atop the Namsan Mountain are going to be crystal clear. This is a big city, after all, and it has its share of smog (some of which occasionally blows in from China). However, when the air clears, the vista can’t be faulted. 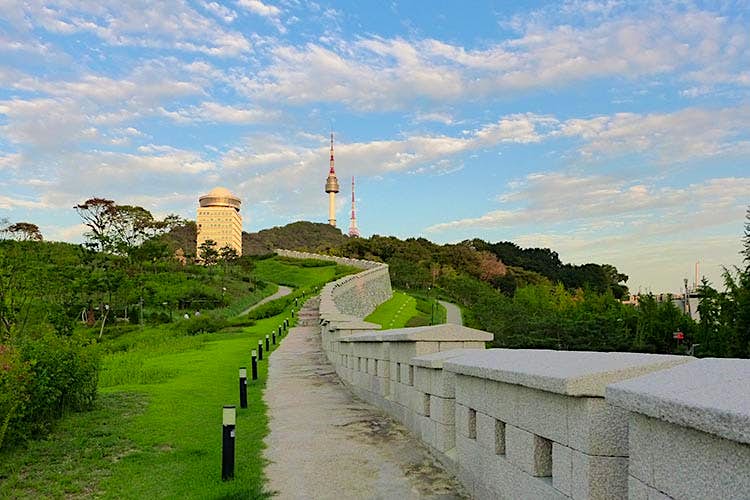 As it sits in the centre of Seoul, there’s a panoramic view of the city’s sprawl. But it also reveals Seoul’s natural attractions, its various parks and hills dark green between predominantly white housing blocks.

Namsan Park shouldn’t be overlooked. Surrounding the tower, this leafy expanse is threaded by seven kilometres of walking trails passing through pine trees and past flower beds. This hilly park is only a few minutes away from the high-rise life, but feels above it all.

Between the royal palaces and less commercial than Insadong, Bukchon has been carefully preserved as a repository of Korea’s past. Forget grand royal buildings – it’s all about the hanok here, the traditional home with its timber walls and curving tiled roofs.

Vast numbers of these houses disappeared as Seoul modernised, but in this quarter they’ve been preserved, and grant a harmonious glimpse of the past. 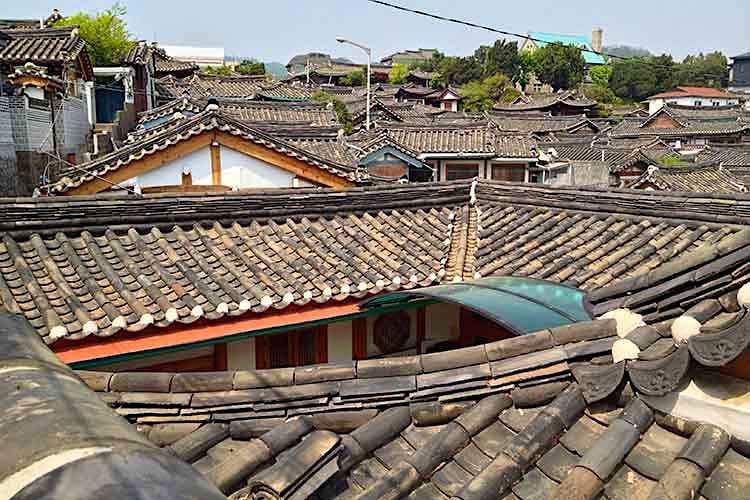 It’s not so much about shopping in Bukchon – the point is to wander up and down the hilly laneways, admiring the well-maintained heritage buildings as you go.

Wind down by taking tea in one of the traditional teahouses, or try your hand at creating traditional art the Bukchon Cultural Centre (bukchon.seoul.go.kr) or the Gahoe Museum. And if you still prefer coffee to tea after all, drop into the cool cafe-diner Garage 107 (30-2 Gahoe-dong).

This remarkable linear park is perhaps the most impressive feature of modern Seoul. The Cheong-gye-cheong became progressively more polluted as the city grew, until it was covered by an elevated highway in the post-war decades. Out of sight, out of mind, you might think.

But at the dawn of the 21st century, perhaps realising that the artificial materials of the city centre needed a natural counterweight, the city authorities decided to uncover the stream. 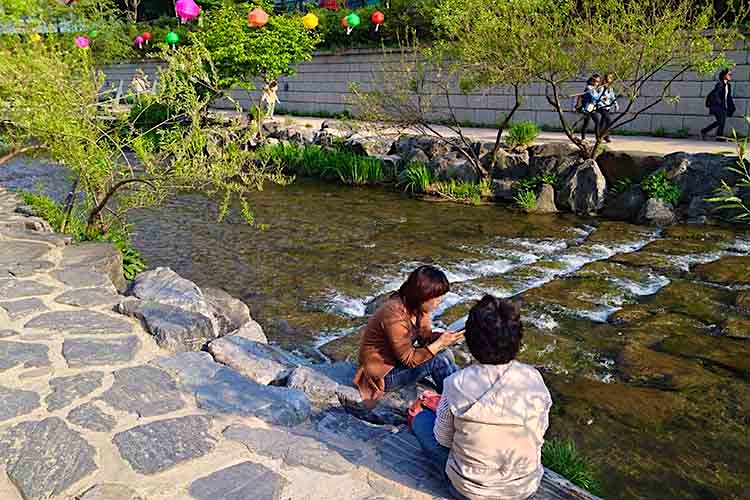 After a vast amount of engineering and landscaping, the result was a stunningly attractive waterway lined by paths, gardens and art, flowing for six kilometres east from the central Cheong-gye-cheon Stream Plaza.

Everyone loves it – it’s common to see workers from nearby businesses taking a break along its banks, enjoying a welcome brief escape from the office.

As for the traveller, there’s nothing more calming and inspiring than a stroll along the Cheong-gye-cheon, walking along the flowing waters below street level, as Seoul’s mighty corporate towers peek over the retaining walls above.

It’s nature restored to the heart of a very modern city, and a reminder that there should always be a place for the treasures of the past.

Tim Richards is a travel writer who lives in Melbourne, Australia; read his travel blog at aerohaveno.com or follow him on Twitter @Aerohaveno.

Tim received assistance from the Korea Tourism Organisation. When Lonely Planet contributors receive assistance from travel providers such as tourist boards, airlines, and so on to conduct first-hand research, we retain our editorial independence at all times, and never accept anything in return for positive coverage. 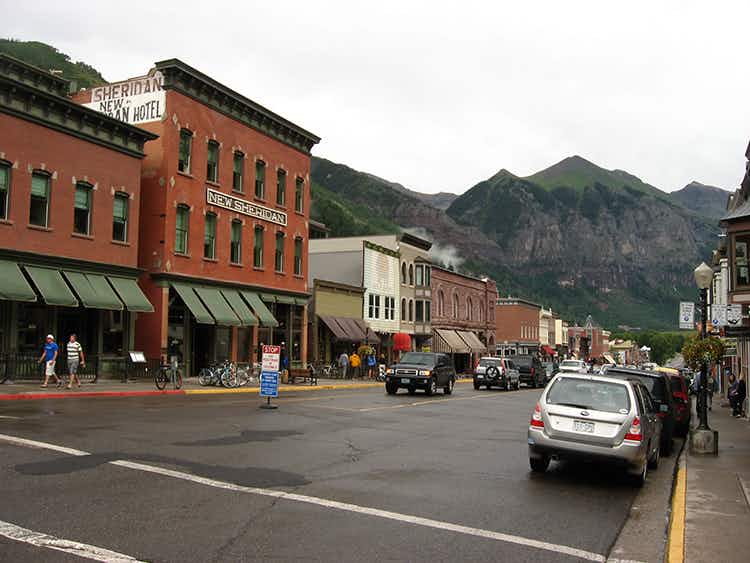 The festival goer’s guide to Telluride 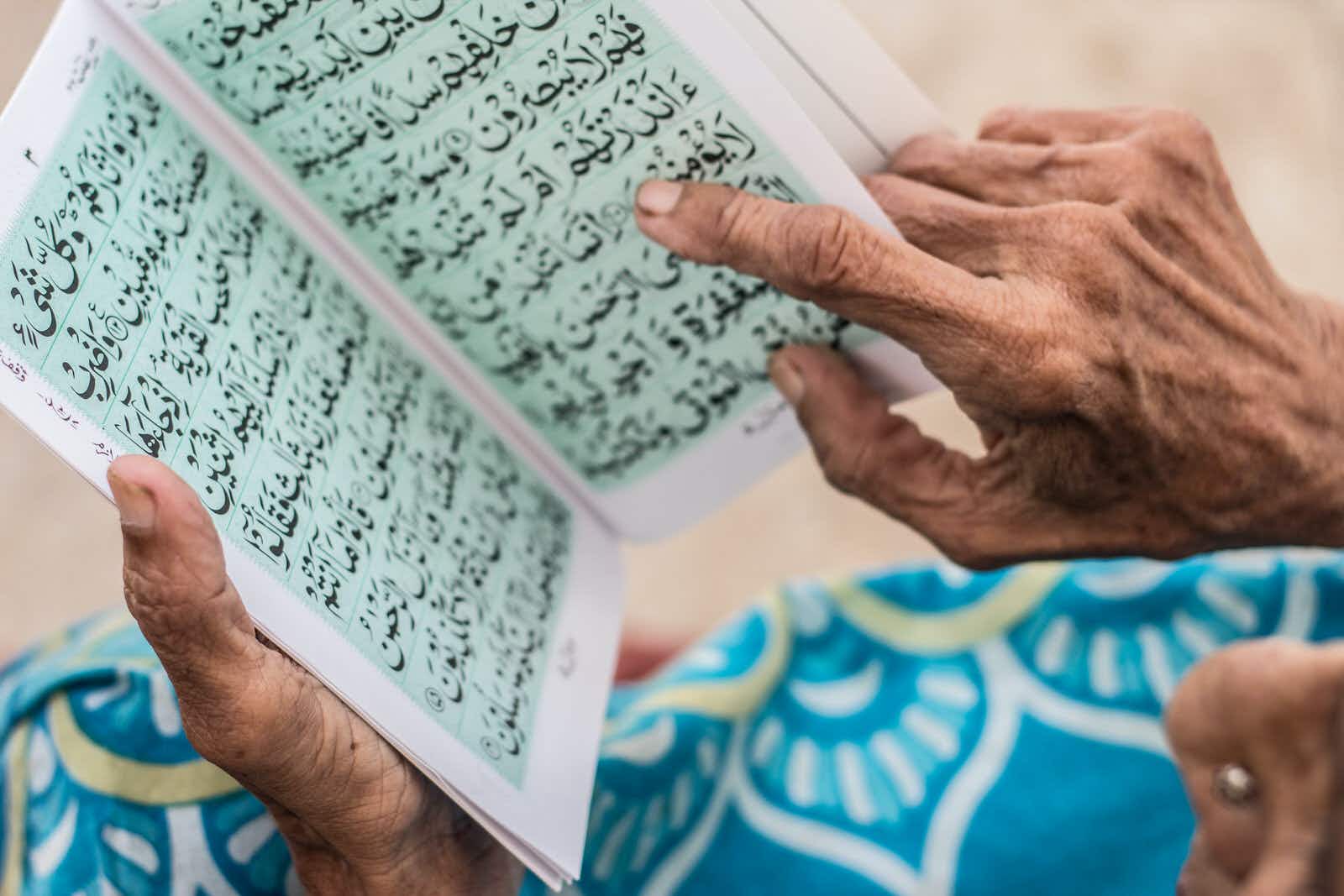 Top tips for travelling during Ramadan