In the 1870s a huge brick and stone, overshadowing complex consisting of eleven buildings was built to become the home of what was previously named the 'Buffalo State Asylum for the Insane'. Now, a part of this complex houses the Hotel Henry, an 88-room property where one stays in the former patients’ rooms amidst the hotel’s high ceilings, original windows and endless hallways.

Hotel Henry built on the site of a Buffalo asylum. Image by: Joe Cascio

Designed by two US heavy hitters—architect Henry Hobson Richardson, with grounds designed by Frederick Law Olmstead, the gent who designed Central Park in NYC—this red, Medina sandstone edifice is pure gothic horror story on the outside but is very much a modern fairy-tale of redemption and rebirth on the inside.

A room in the hotel once accommodated two patients. Image by Kim Smith Photography

Going back in time to the 19th-century, the first doctor-in-charge of the psychiatric hospital, Dr Thomas Story Kirkbride, was ahead of the times when it came to the care of patients with mental health issues. He believed that lots of light, space and ventilation are what people needed to help recover and to live a decent life while staying in the institution. Moving away from the dark and dingy asylums of the past, his philosophy was that one’s surroundings heavily influenced a person’s state of mind and that a building was meant to heal.

For 140 years the property existed as a sanatorium until it fell into such a state of disrepair that it needed to be shut down in the 1970s. The new psychiatric hospital still shares the grounds of the Hotel Henry. Renovations began in earnest in 2013, with the intention of keeping as much of the original building as possible intact.

Roaming the wide, meandering hallways of the hotel, it is easy to get lost on the way to one’s room but this is not necessarily a bad thing. Aside from having a hopping bar and the 100 Acres restaurant, one of the hotel’s best features is its places to get lost. Niches, nooks and even crannies are perfect places to sit and read a good book, laze away with a lover or friend with a drink in hand, or set up shop with laptop in lap and an espresso.

Hotel Henry from the south entrance. Image by: Joe Cascio

Once you do find your room, you will find a cozy cocoon of natural greys and greens that evoke a sense of calm. The modern, industrial-style décor matches the vibe of the rest of the interiors, and each room comes equipped with all of the appropriate mod-cons travellers expect to find. It is interesting to think that each of the rooms today are, in fact, made up of two patient rooms, providing perspective of how much personal space was given to each resident of the sanatorium.

Aside from the bar and restaurant, also onsite is the Buffalo Architectural Center located in the hotel’s lower level, an intriguing place to explore all on its own.

In many ways, Hotel Henry is evidence of all that is happening in Buffalo at the moment: A story of a faded beauty that is being brought back to life by the kiss of those that have always recognized what is there, and know that with some love and care, it is starting to shine once again. 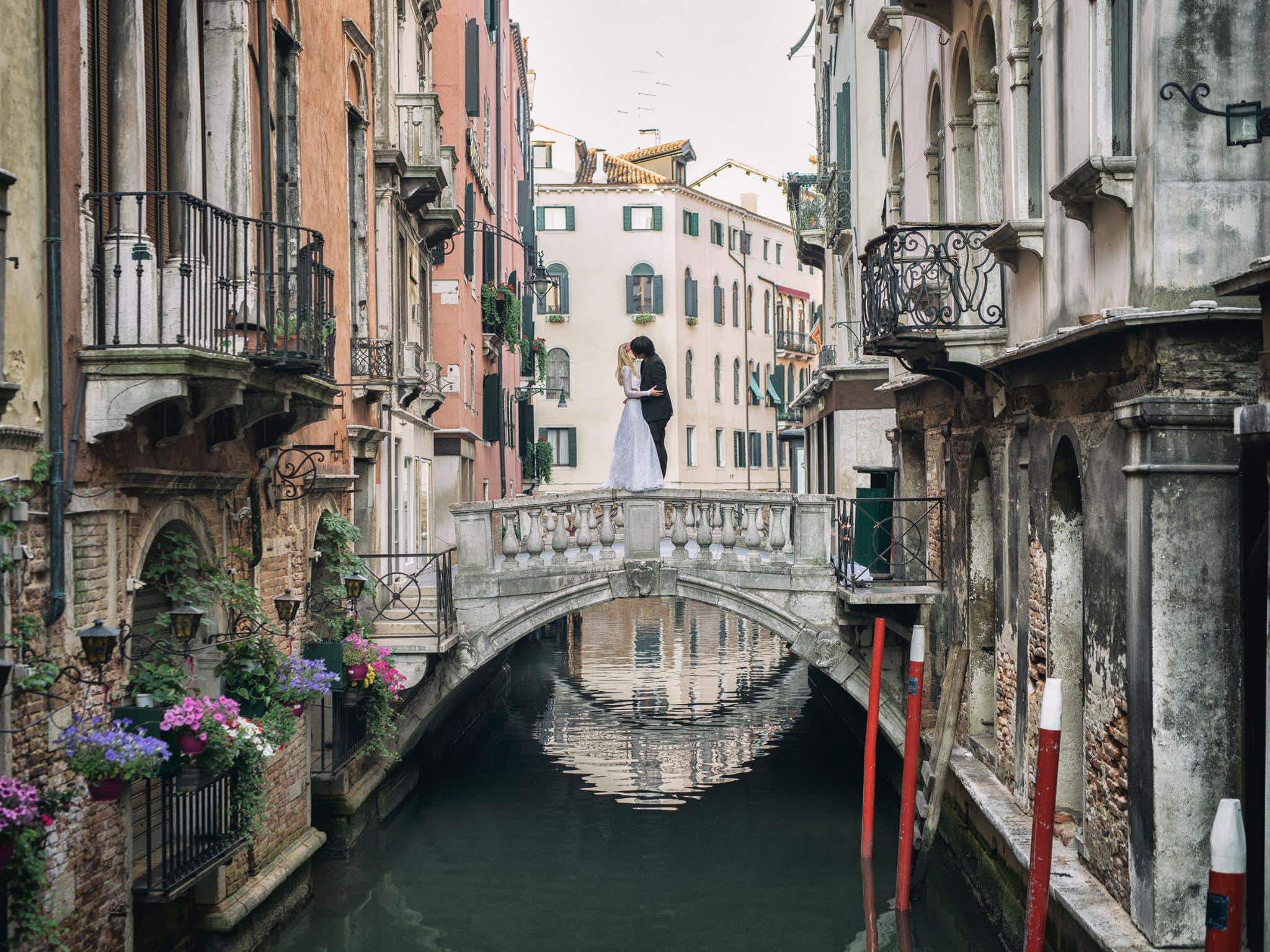 This bride and groom travelled around the world to take…