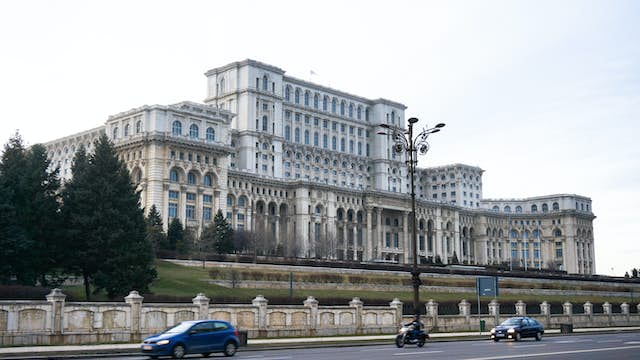 The Palace of Parliament is the world’s second-largest administrative building (after the Pentagon) and former dictator Nicolae Ceauşescu’s most infamous creation. Started in 1984 (and still unfinished), the 330,000-sq-metre building has more than 3000 rooms. Entry is by guided tour only (book ahead). Entry to the palace is from B-dul Naţiunile Unite on the building's northern side (to find it, face the front of the palace from B-dul Unirii and walk around the building to the right). Bring your passport.

Several types of tours are available, including a 'standard' tour of the main rooms and hallways, and 'complete' tours that combine the standard tour with views of the basement. The standard tour takes around 45 minutes; add an extra 15 minutes to see the basement. Today, the building houses the country's parliament and associated offices – though much of it stands unused.