A beach was covered in a carpet of jellyfish after hundreds of the creatures washed up on an Australian shore.

While it may look like a terrifying sight, marine biologist Dr Lisa-Ann Gershwin told ABC it was part of a phenomenon called a “bloom”, in which jellyfish settle themselves on land. She said: “Jellyfish bloom is part of their lifecycle and if the winds blow just right and if the water level falls with the tide, then they get stranded. “We see jellyfish bloom, but not like this, this is jaw-dropping.”

Gershwin said northerly winds and tide conditions were probably what caused the phenomenon to occur in this fashion. Blooms usually last around a week, after which the creatures are expected to have dried up and perhaps even be eaten by birds. Sure enough, the number of jellyfish on Deception Bay had dwindled significantly a week after Lawson’s photo was taken.

Blue blubber jellyfish usually grow to a diameter of 30–45 cm and, although painful, their stings pose no fatal risk to humans. They survive on a diet of plankton, crustaceans and even small fish and are usually in coastal areas around Queensland, New South Wales and Victoria.

Is travel part of your love story? One lucky couple… 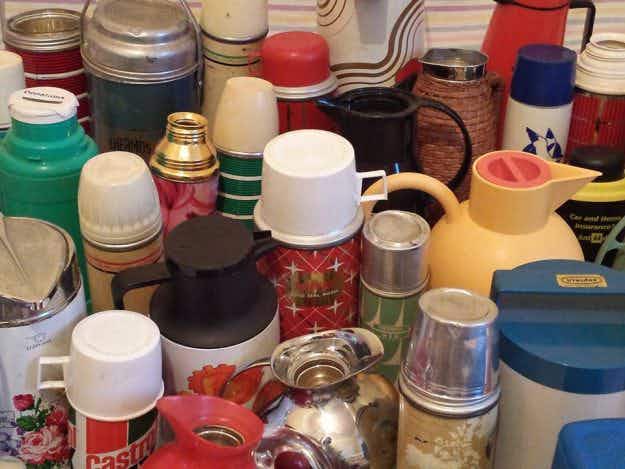 Are you a fan of flasks? The Thermos Museum's exhibition…