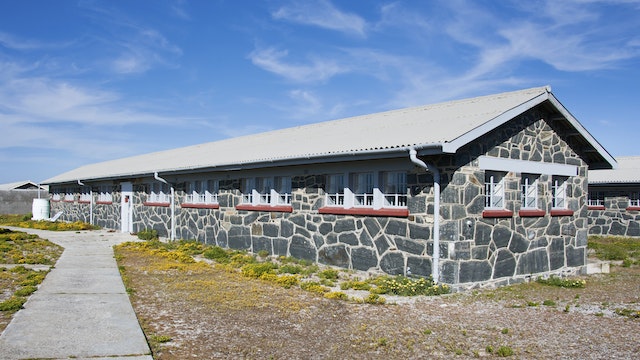 Used as a prison from the early days of the VOC (Dutch East India Company) right up until 1996, this Unesco World Heritage site is preserved as a memorial to those (such as Nelson Mandela) who spent many years incarcerated here. You can only go here on a tour, which lasts around four hours including ferry rides, departing from the Nelson Mandela Gateway beside the Clock Tower at the Waterfront. Booking online well in advance is highly recommended as tours can sell out.

The standard tours, which have set departure and return times, include a walk through the old prison (with the obligatory peek into Mandela’s cell), as well as a 45-minute bus ride around the island with commentary on the various places of note, such as the lime quarry in which Mandela and many others did hard labour, the little house where Robert Sobukwe, leader of the Pan-Africanist Congress was held in solitary confinement for six years, and the church used during the island’s stint as a leper colony. There's also a stop at the Alpha 7 cafe for a superb view of the mainland and Table Mountain.

Even if you don’t plan a visit to the island, it’s worth dropping by the free museum at the Nelson Mandela Gateway, with its focus on the struggle for equality. Also preserved as a small museum is the Waterfront’s Jetty 1, the departure point for Robben Island when it was a prison.