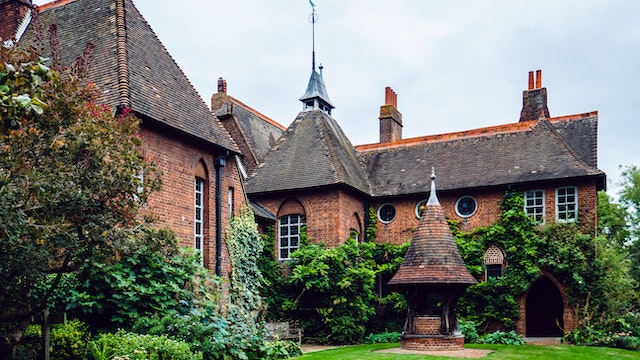 From the outside, Red House is reminiscent of a gingerbread house wrought in stone. It was built in 1859 by Victorian designer William Morris – of Morris wallpaper fame. The nine rooms open to the public, including two bedrooms only recently accessible after being shut up for more than a century, bear all the elements of the Arts and Crafts movement to which Morris adhered – Gothic art here, some religious symbolism there, an art nouveau–like sunburst over there.

Furniture by Morris and the house’s designer, Philip Webb, are on display, as are stained glass, paintings and murals (some only recently revealed under the wallpaper) by Edward Burne-Jones. Recent conservation work revealed a previously unknown pre-Raphaelite wall painting. The one-time kitchen has been converted into a lovely cafe. Entry before 1.30pm is by guided tour only; tours leave half-hourly from 11am.

The surrounding gardens were designed by Morris ‘to clothe’ the house. Don’t miss the well with a conical roof, inspired by a traditional oast house used for drying hops.

It's a 15-minute walk south from the Bexleyheath station.