On Sunday the “Welcome to Fabulous Downtown Las Vegas” sign was destroyed by a truck in a morning accident. According to a Metropolitan Police Department spokesperson, no injuries were reported. One vehicle was involved in the crash, and police do not suspect impairment was a cause.

A Facebook video shows the aftermath of the incident: a pickup truck smashed into the mangled sign, its rear axle sitting on a large rock.

The wreckage was removed from the site at Las Vegas Boulevard and South Fourth Street by 10am.

Although similar to the iconic “Welcome to Fabulous Las Vegas,” which has stood since 1959, the sign in the downtown location has only been around since 2002.

Police are still investigating the cause of the accident.

The original sign was designed by American visual artist and Nevada native Betty Willis. The design of the sign was never trademarked, allowing the sign to be copied in souvenir shops and other signs in areas around Las Vegas.

A proposal to demolish the original sign in 1993 was met with public outcry, and in 2009 it was added to the National Register of Historic Places. 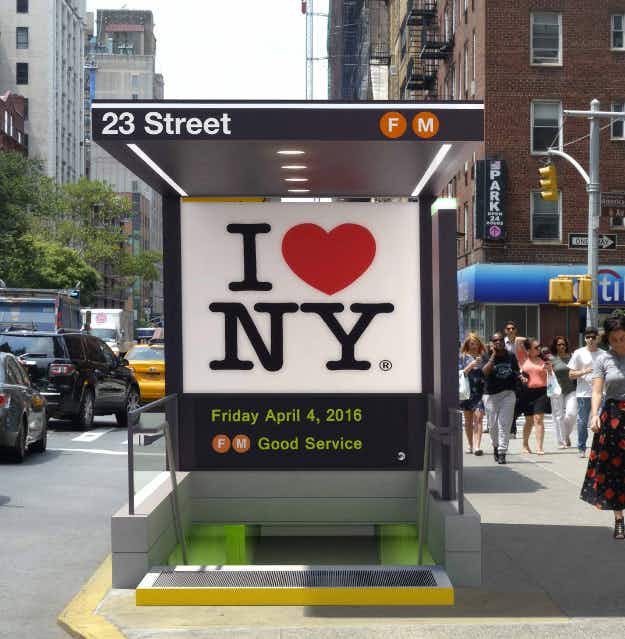 New plans for New York subway will bring it into…