Speedos aren't a fashion faux pas, according to new research

While certain types of swimwear are never going to rank highly on trends lists (remember Borat's monokini?) one swimming costume has long been ridiculed worldwide due to its um, revealing nature. Yes, we're talking about the Speedos, made for proper swimmers but beloved by dads on beaches all over the world. Small, tight and leaving little to the imagination, it seems Speedo-style costumes have been seen as something as a fashion faux pas in recent years - but that's simply not true according to new research by Expedia.

The company's Flip Flop survey questioned over 11,000 adults in 24 countries on their beachgoing habits, and Speedo-esque bottoms came out of it well; 63% of beach-goers surveyed said that the style is totally acceptable for men by the sea. However certain countries are big fans of the little costumes - 92% of Brazilians are okay with wearing tight Speedos on the beach, as are 90% of Dutch and 77% of Italians. 57% of respondents also considered thong-style swimwear for women acceptable, but 58% said topless or nude sunbathers made them uncomfortable.

It was important to beach-goers to feel "beach ready" according to the survey; 67% globally engage in some form of activity to get themselves prepared for the sun, sea and sand ahead, and spend an average of $60 getting “beach ready” which involves buying beachwear and getting in better shape - unsurprising perhaps, if the penchant for tiny swimsuits is taken in to account.

Beach vacations remain popular worldwide. Consistent with the 2014 Flip Flop Report, over one-half (56%) of all respondents worldwide took a beach vacation in the past 12 months, and almost six-in-ten (58%) say they are planning to take one in the next 12 months. Among those who traveled on a beach holiday in the last year, Spain was the most popular global destination, followed by Australia and Italy. 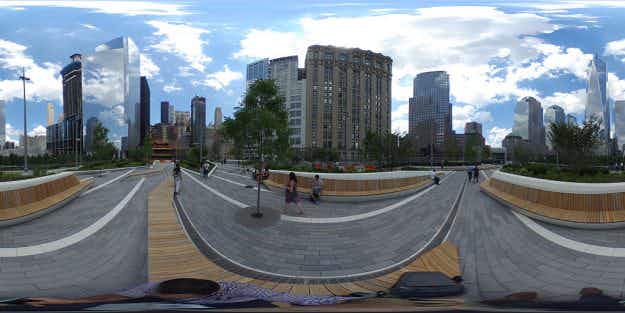 If you too are dead inside, the Walking Dead ride…