On the scenic Rottnest Island, off the coast of Fremantle, its famous sandy beaches and outdoor activities have long taken a backseat to its most famous inhabitants; the quokka.

Yes, we'd like to give him a hug too. Image by Rottnest Fast Ferries

The quokka is the island’s only native mammal and, while the island has always been popular with Australian tourists, its fantastic selfies have helped put the destination on the map for international visitors.

The animals are remarkably friendly and have a naturally ‘happy’ expression and are known to happily pose for selfies with enamoured visitors. Campbell Jones’ picture of a Rottnest Island quokka with his arms outstretched in what looks like a hug quickly went viral. He snapped the fortunate shot with his GoPro while biking around the island.

Most of you know my attitude towards selfies, but when it's for work and this guy asked, then I reckon it might just be ok. Quokkas...definitely the happiest animals on earth #rottnestisland #quokka #thelivingroom #quokkaselfie

He told Channel Seven: “"They are pretty friendly little things. We just went down to take photos of them and snagged  a beauty, I suppose. It has been humbling that so many people wanted the photos."

Emily Allen from Rottnest Fast Ferries said many people who book with them do so primarily to see the photogenic animals on the island. People tend to “ask at check in if they are likely to see quokkas and where on the island they can be seen”, she told Lonely Planet.

It’s clear that international travellers simply can’t get enough of the quokkas. Instagrammer Allan Dixon grew a huge following when he started posting his Rottnest Island quokka selfies on social media and has amassed quite the collection of animal selfies throughout his travels.

Haven't hung out with a quokka in a year and forgot how truly awesome they are.🐻😃 You can expect some major quokka content over the next few weeks as I hopefully roll out my plans. Lets Adding some happiness and self realisation in people's lives. @quokkahub #DaxonsAnimalSelfies

Allan is currently trying to get sponsorship for a quokka book to shine a further spotlight onto the animals. Last year, he attempted to get the book published by crowd-funding but failed to reach the necessary target. But he still believes a quokka campaign can add a bit of happiness to people’s lives.

The rise and rise of the quokka selfie is not about to stop anytime soon but Rottnest Island Authority has some sensible guidelines for travellers who want to snap their very own. “Please remember to remain a reasonable distance from the quokka and not to touch or feed them.” Visitors who break these guidelines will be subject to fines, as quokkas are currently listed as a ‘vulnerable’ species. 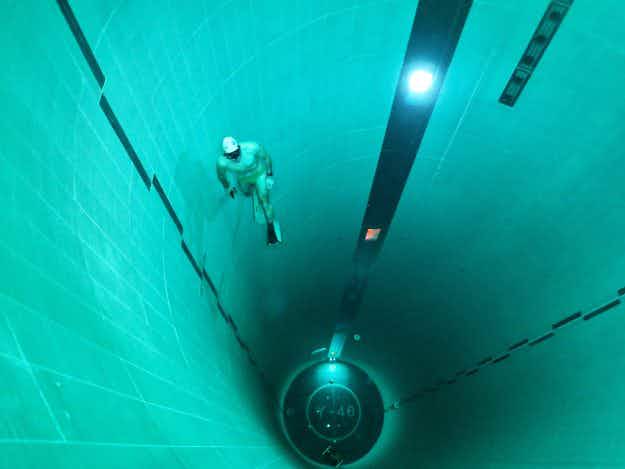 Hold your breath - an incredible look at the deepest…