'Lost continent' found in the Indian Ocean beneath Mauritius

A South African research team has discovered a section of ancient continent lurking beneath the island of Mauritius.

Around 175 million years ago the supercontinent of Pangea, which contained virtually earth’s entire landmass, started to be ripped apart by tectonic rifting of a massive scale. The previous supercontinents of Laurasia and Gondwana became separated during the process and it wasn’t long before they both started to split up themselves. Pieces of latter went on to become Africa, South America, Antarctica, Australia, Madagascar, India, the Arabian Peninsula and now – according to a report published this week in the journal Nature Communication –  Mauritia.

Found beneath the tropical island of Mauritius by researchers from South Africa's University of the Witwatersrand, Mauritia is a lava-covered piece of continent that is up to 3.6 billion years old. As such, it stands in stark contrast to the island of Mauritius itself, which is no older than nine million years. However, it was relatively young rocks on the island that provided the necessary evidence for the very existence of the ancient continent beneath. Within the volcanic specimens that the team studied were three-billion-year-old crystals of zircon, something that could only have been possible if the magma flowing upward to form the island of Mauritius past through ancient continental rock that contained such minerals.

The researchers note that their study corroborates with one done in 2013, which also found traces of ancient zircons. However, the earlier study found the mineral in beach sand, which critics said could have been caused by wind or by people. The fact that this latest research found the zircons within rock strata of Mauritius removes that seed of doubt.

The study also opens the question of how many other lost continents – similar slivers of Gondwana – are currently adrift and undiscovered in the evolving Indian Ocean basin.

A Madrid park is now home to the world’s first… 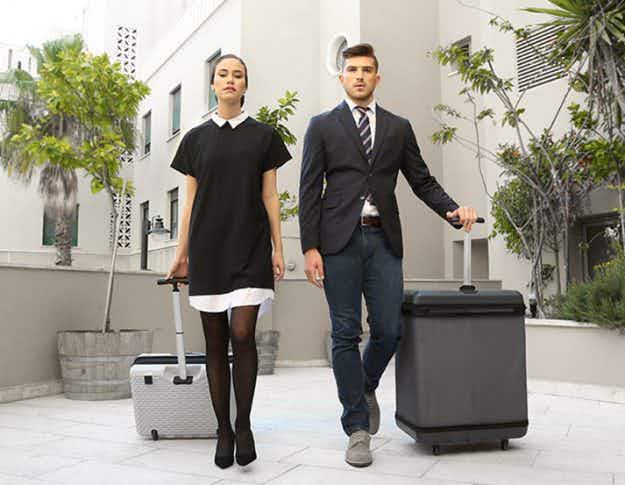 Like to pick up a few souvenirs? This expanding suitcase…