The stark, eerie images from Chile's ghost town abandoned in the Atacame desert

The vast Atacama desert in northern Chile is one of the driest places on Earth; some spots here have never seen rain. The 100-kilometre strip of land is largely deserted, but adventurous travellers can find 170 abandoned towns in the middle. Australian photographer Chris Starling recently visited one of these, Humberstone, to capture these stark, eerie images.

Overlooking the hundreds of workers houses on the East side of town. Image by Chris Starling

Humberstone was established in the 1800s to exploit the rich mining opportunities of saltpeter, a chemical used to make fertiliser. When the use of saltpeter became obsolete in the late 1920s after the discovery of synthesised ammonia, it sparked a collapse of the industry. Due to its remote location in the middle of the desert, residents chose to completely abandon Humberstone and its neighbouring towns.

The seats are preserved well inside the town's school. Image by Chris Starling

Chris captured stunning images of deserted classrooms, empty swimming pools and forgotten graffiti. It also led to an experience he’ll never forget. “While exploring the hundreds of homes in Humberstone, a small earthquake struck just as I came out of one of the houses. I stood in the middle of the eerie empty street while the rickety houses swayed from side to side and dust fell down from the power poles and old street lights. It was one of the most surreal things I have ever experienced.”

A rusty water tank; much needed for the dry desert. Image by Chris Starling

After the inhabitants left, the town proved too large and expensive to demolish or relocate, so the hotels, schools and shops were left to the dry desert air, which kept them largely intact for 50 years. The ghost town was declared a Unesco World Heritage Site in 2005 and partially restored but despite the improvements - including a museum - it remains largely undiscovered by Chile’s 3.5 million annual tourists.

The pot-rivet swimming pool which was made from scrap iron paneling from old disused machinery in the industrial area. Image by Chris Starling

The museum is spread across a number of small houses displaying artefacts left behind by residents. Their isolation meant they had to be resourceful and the museum shows how they recycled unwanted items into toys and other household items. Humberstone can be reached via Iquique city and visitors have unrestricted access to the hundreds of houses, several factories and facilities like the theatre, church, hospital and hotel.

Princeton scientists aim to solve the mystery of Namibia’s ‘fairy… 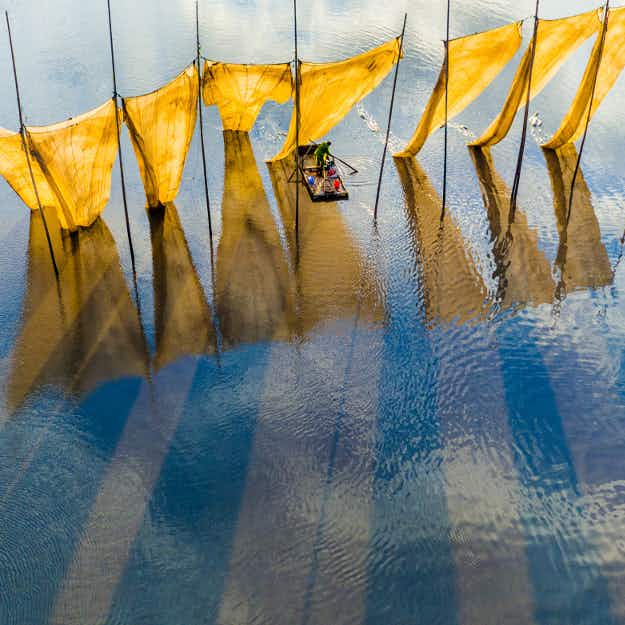 Feast your eyes on some of the best drone images…