Has a building ever given you the creeps? It could be a beautiful church, an office building, a small cottage...and you might not be able to put your finger on why, but something about it was just plain spooky.

Inspired by the towering and unfinished Ryugyong Hotel in Pyongyang, North Korea, which looks something like a design for Mordor's first luxury hotel, we asked on Twitter and Facebook for the Lonely Planet community to nominate their choice for the spookiest building in the world.

Here are seven of the creepiest selections from around the globe: 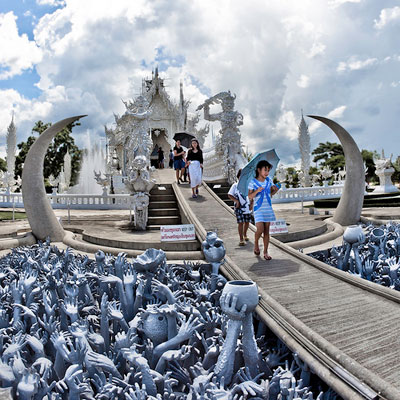 2. Corvin Castle, Hunedoara, Romania. Perhaps Transylvania's premier Dracula-esque castle, included in Jules Verne's Around the World in 80 Days. There may not be any real vampires on most days, but Gothic architecture, weaponry displays, and some authentic dark history add to the spookiness. [Photo by andreea] 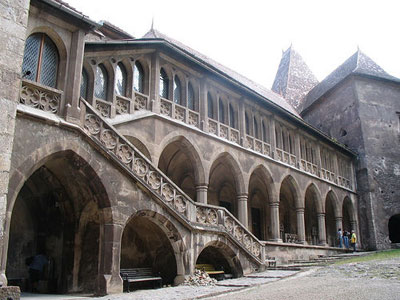 3. Metropolitan Correctional Center, Chicago, Illinois. Triangular, looming, with windows like medieval arrow slits, the MCC is not Chicago's architectural highlight for most locals or visitors. The photo below is descriptively titled 'The Pylon of Doom'. [Photo by get directly down] 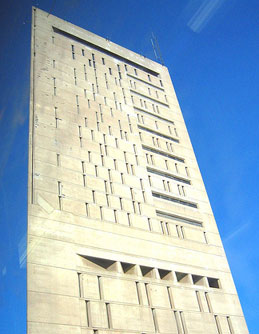 4. Chernobyl Reactor #4, Ukraine. Famously the site of the world's largest nuclear disaster, the Zone of Alienation is mostly uninhabited today, but tours are available for those who are curious to get a glimpse and don't mind the ominous click of a Geiger counter. [Photo by Pedro Pinheiro] 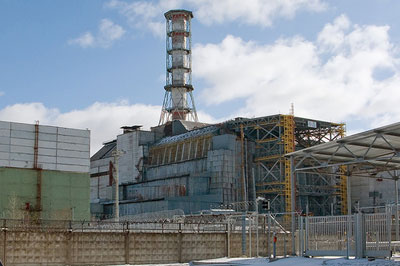 5. Lemp Mansion, St Louis, Missouri. Reputed to be one of the USA's most haunted houses (if there are degrees of hauntedness). Charles Lemp committed suicide in the house in 1949, and ever since strange things have taken place at the house, including spontaneous door closing, breaking glasses, and an MTV reality TV show. [Photo by binkle28] 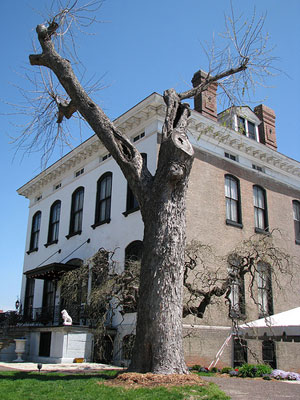 6. Scott Monument, Edinburgh. Not especially scary-looking, the monument to Sir Walter Scott is uniquely fear-inducing. Only 200 feet (61 meters) high, the climb to the top doesn't sound daunting until you find yourself ascending a claustrophobic spiral staircase that becomes so tight as it rises that passing others becomes impossible. The final curve is so notoriously tight, squeezing yourself out the door to the top platform feels like spelunking. Not a claustrophobe? This just might make you into one. [Photo by Graeme Pow] 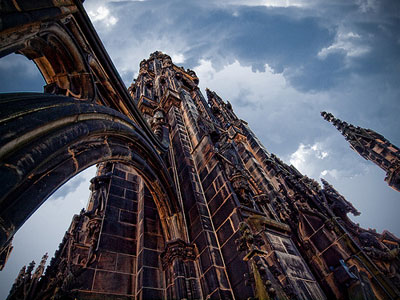 7. Ottawa Jail Hostel, Ottawa, Canada. Want to spend the night in the slammer? Why not make it a potentially haunted jail, and - the scariest word or all to some travelers - a hostel? This jail is undoubtedly cozier than most, but bunking up behind bars doesn't spell relaxation to your average tourist. [Photo by thoth188] 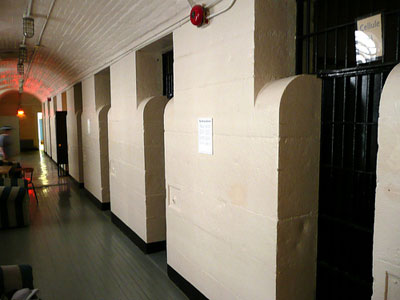 What would you nominate as the spookiest building in the world?