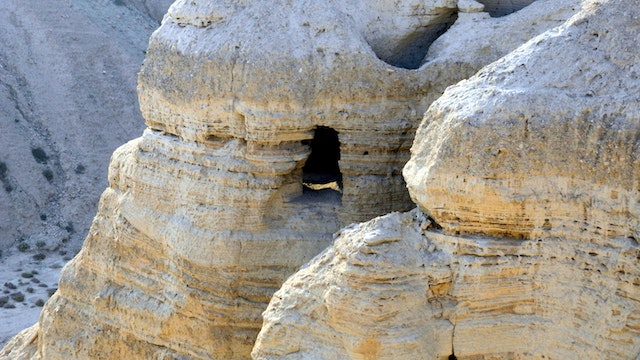 World-famous for having hidden the Dead Sea Scrolls for almost 2000 years, Qumran was the site of a small Essene settlement around the time of Jesus – specifically, from the late 1st century BCE until 68 CE, when it was destroyed by the Romans. From an elevated wooden walkway, you can see the aqueduct, channels and cisterns that ensured the community’s water supply.

Elsewhere are ritual baths (the Essenes were zealous about ritual purity); the refectory, in which communal meals were eaten; and the scriptorium, where some of the Dead Sea Scrolls may have been written. The ruins have undergone conservation but nothing has been added.

The small museum, which provides background on the people of ancient Qumran and their beliefs, has a seven-minute multimedia program (in 16 languages) and displays a few ancient items, including a sandal fragment. An audio guide is available in Hebrew and English. The site is wheelchair accessible and has a restaurant.