Being at the helm of a huge aircraft, watching the clouds pass by below you, literally on top of the world... is the kind of thing most of us have only dreamt of experiencing. But what if it was your job?

For James Cahill, being tens of thousands of feet up in the air feels completely natural. James is an airline pilot, and spends his days flying passengers to all manner of locations around the world. What's it like to work at altitude? Fasten your seat belts – we're about to find out.

If you could describe your job in five words or less, what would they be?

It’s so much fun!

Whereabouts do you fly?

At the moment the east coast of America, so Boston, New York, Hartford, Philadelphia and Washington. Before that I was flying all over Europe as far as Turkey, the Canary Islands, and even to Lapland.

How did you become a pilot?

I saw a post online that Aer Lingus were recruiting trainee pilots in a sponsored scheme. I applied for it, and after a number online tests, group assessments and technical interviews, I was lucky enough to be selected. I then went to Spain and did a 14-month flying course!

What's the coolest thing about your job?

There are so many aspects of flying that I love, it’s really hard to pick one thing above the rest; but if I had to name one, it would be the power and speed of the aircraft. When the plane takes off, I’m at the controls of a 100 tonne machine, accelerating to 300kph in about 30 seconds – it's a truly incredible feeling. At its fastest, with a good tailwind, the plane can travel at up to 1200kph, which means I could go from London to Paris in about 20 minutes!

What's the most challenging thing about being a pilot?

A pilot is responsible for the safety of all the passengers and crew on board the aircraft. Sometimes, our approach into some airports can have very testing conditions, with strong winds and bad weather – these landings can be quite tricky to navigate.

If you didn't work in the industry you do, what other career path would you have chosen?

I was in the army before I started flying, and really enjoyed that so I would probably still be there. If I did ever stop flying, it would be for some kind of engineering job, as I studied that at university.

What advice would you give someone who dreams of getting a job like yours?

As soon as you’re old enough to sign up for some flying lessons, you should! If you enjoy them, try to go flying as much as possible. Then you should think about applying for your Private Pilot’s License. In school, try to pick technical subjects such as applied maths, physics and chemistry. These will give you a good foundation for some of the subjects you’ll study as part of your flight training. 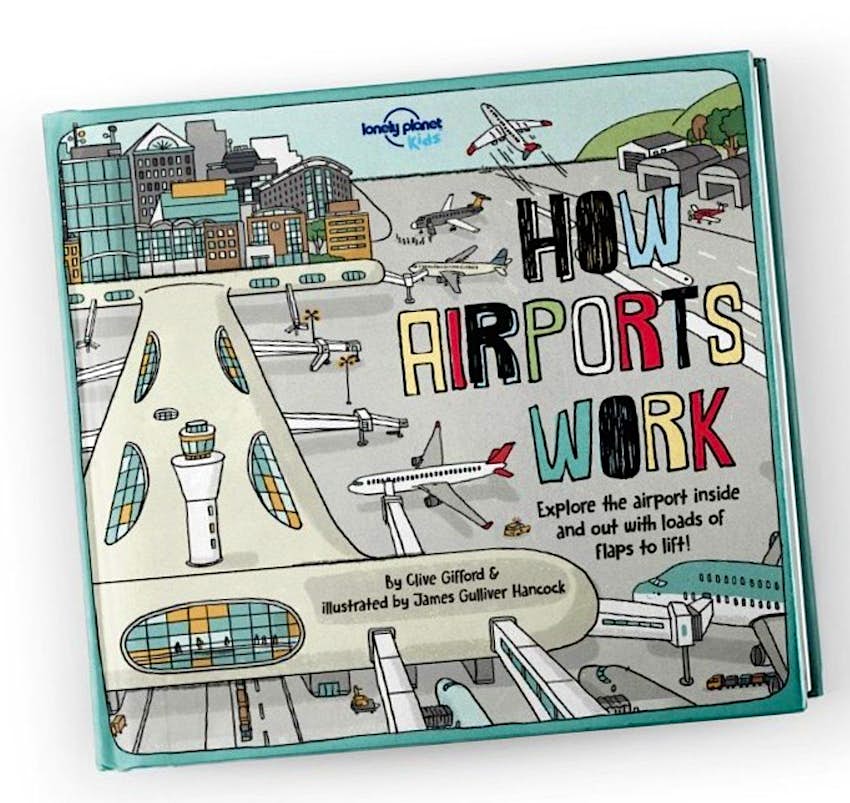 Packed with amazing facts and illustrations, How Airports Work will surprise and delight readers young and old, ensuring they never look at air travel in the same way again.