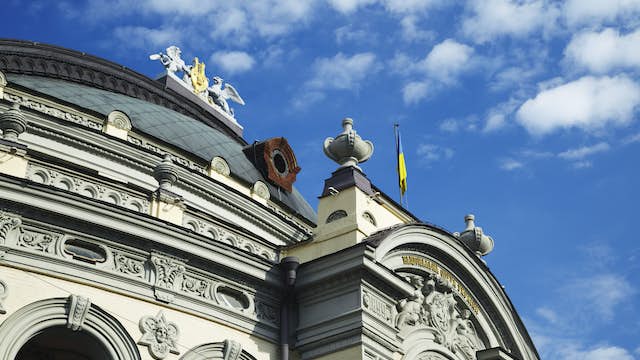 Performances at this lavish theatre (opened 1901) are grandiose affairs, but tickets are cheap. True disciples of Ukrainian culture should not miss a performance of Zaporozhets za Dunaem (Zaporizhzhyans Beyond the Danube), a sort of operatic, purely Ukrainian version of Fiddler on the Roof.

It was during a performance here in 1911 that young terrorist Dmitry Bogrov shot progressive Russian prime minister Pyotr Stolypin, which many believe predetermined Russia's plunge into revolutionary chaos.