in Vondelpark & the South 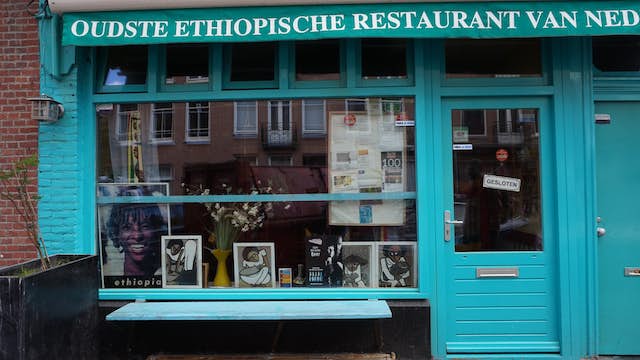 Named after the ancient African city, this small and colourful restaurant feels like you're in another country. It was the Netherlands' first Ethiopian restaurant and it's still a cracker. Sip Ethiopian beer from a half-gourd and eat rich stews, egg and vegetable dishes served with injera (slightly sour, spongy pancakes) instead of utensils to a soundtrack of African music.