No worries
Learn more
go to content go to search box go to global site navigation
,,
Since 1996 our community of independent travellers have been sharing trusted advice on Thorn Tree travel forums to help you get to the heart of a destination.
See All
Thorn Tree forum
Thorn Tree forum
Sections

Thorn Tree is currently set to READ-ONLY mode. Please feel free to browse existing topics for answers to your travel questions. More information can be found by viewing the following announcement

surayyamcheema503364 posted:
Scotland road trip 15-18 April with three year old
Fri, 06 Mar 2020 07:14:55 +0000
Show more
Most recent articles
Dundee: Scotland’s City of Design
Dundee isn't an obvious destination in a country with so much to offer, but Scotland's fourth largest city has big plans to transform its gritty, post-industrial landscape into a thriving hub of culture and design excellence, and one project is spearheading those changes: the new V&A. Opening in September 2018, Kengo Kuma’s awesome, space-age museum is the crown jewel in an urban redevelopment that’s turning heads both at home and abroad.
by Paula Hardy,
The best UK cities on a budget
Travel in the UK can be a bargain experience if you do it right. Museums and galleries are often free, historic cities and parks offer plenty of options for exploration, and there are top class options to eat and drink on a budget, whether you’re after a Moroccan tagine or classic British cafe fare.
by Amy Pay,
From mountain bikes to the grail church: nine great Edinburgh day trips
Edinburgh is famous for its world-class architecture, the biggest arts festival on the planet, and some of the best parks, galleries and restaurants in Britain. But Scotland’s capital is also perfectly placed for exploring a wealth of local gems, with ancient palaces, golden sands, top mountain biking trails and mysterious Roslin Chapel on its doorstep. Here are some of the best days out from Edinburgh.
by Chitra Ramaswamy,
Show more
Books
Whether for your armchair or your backpack, here's how to pick your best travel companion
Tweets
Follow along with our writers on the road via #LPinScotland
Show more
last month
Most active users
Essentials
Electricity 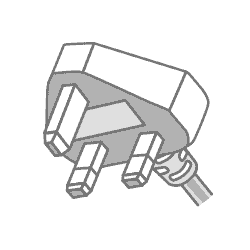 © 2021 Lonely Planet. All rights reserved. No part of this site may be reproduced without our written permission.