Towering over the fort’s main square, and partly built on top of the Hawa Pol (the fourth fort gate), is the former rulers’ elegant seven-storey palace. Highlights of the tour include the mirrored and painted Rang Mahal (the bedroom of the 18th-century ruler Mulraj II), a gallery of finely wrought 15th-century sculptures donated to the rulers by the builders of the fort’s temples, and the spectacular 360-degree views from the rooftop.

One room contains an intriguing display of stamps from the former Rajput states. On the eastern wall of the palace is a sculpted pavilion-style balcony. Here drummers raised the alarm when the fort was under siege. You can also see numerous round rocks piled on top of the battlements, ready to be rolled onto advancing enemies. Much of the palace is open to the public – floor upon floor of small rooms provide a fascinating sense of how such buildings were designed for spying on the outside world. The doorways connecting the rooms of the palace are quite low. This isn’t a reflection on the stature of the Rajputs, but was a means of forcing people to adopt a humble, stooped position in case the room they were entering contained the maharawal.

The last part of the tour moves from the king’s palace (Raja-ka-Mahal) into the queen’s palace (Rani-ka-Mahal), which contains an interesting section on Jaisalmer’s annual Gangaur processions in spring. The worthwhile 1½-hour audio-guide tour (available in six languages) is included with the entry fee, but you must leave a ₹2000 deposit, or your passport, driver’s licence or credit card. 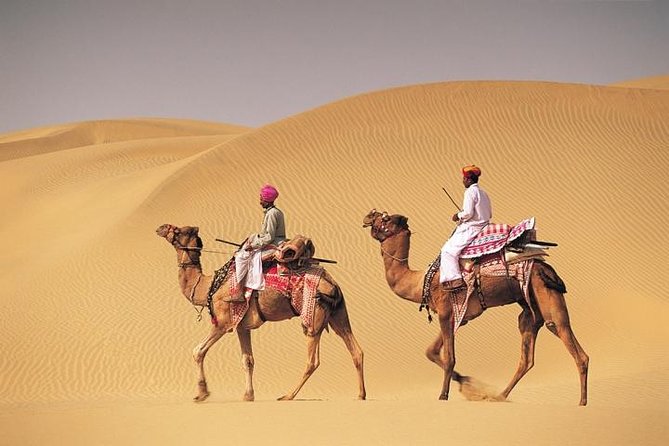