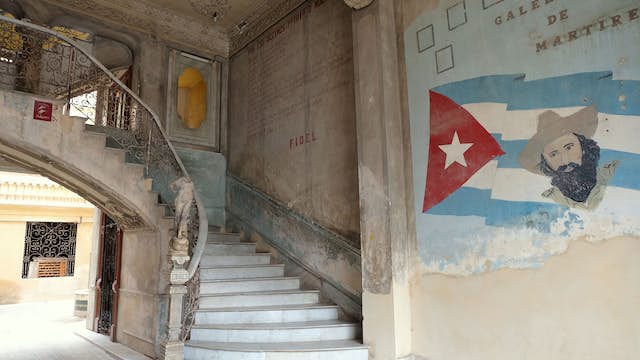 Only in Havana! The entrance to the city's most legendary private restaurant greets you like a scene out of a 1940s film noir. A decapitated statue lies at the bottom of a grand but dilapidated staircase that leads past lines of drying clothes to a wooden door, beyond which lie multiple culinary surprises.

La Guarida began to acquire its lofty reputation in the 1990s, when it was used as a location for the Oscar-nominated Fresa y chocolate. Regularly refined in the years since, the food is still up there with Havana's best, with the restaurant's pioneering brand of nueva cocina cubana driving both classic dishes (ropa vieja; shredded beef) and those that are unusual for Cuba (lamb tikka masala). Reservations recommended.