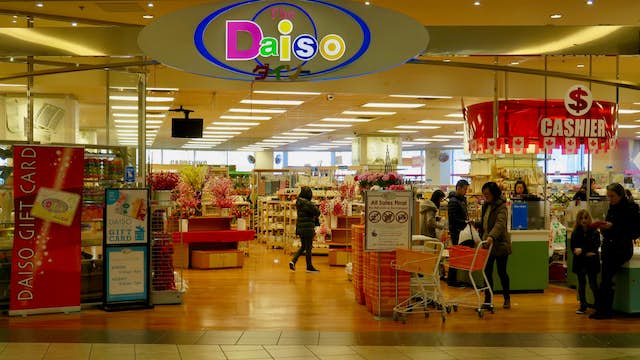 There are over 2500 outlets of this upmarket discount store in Japan, but only one in Canada, which is probably why Daiso Richmond has a cult rather than a mass following in metro Vancouver. A visit to the large, two-floor store is as much a cultural exploration as a chance to buy temptingly low-priced stationery, rice bowls and kitchen sponges shaped like rabbits.

Other oddball plastic items are harder to fathom, adorned as they are with hilarious 'Japanese English' slogans. Look out for unusual Kit Kat varieties and addictive Pocky sticks (chocolate-coated biscuit sticks).