Unmissable attractions of Saudi Arabia, open for the first time to tourists

If there are any remaining final frontiers in tourism, Saudi Arabia must be hovering at the top of the list. Even though it’s a popular destination in the Middle East due to religious pilgrimages, it has remained off the radar for all but the most determined travellers. The kingdom's doors have been firmly shut to non-Muslim and non-business visitors, but September 2019 sees the launch of much-awaited tourist visas for a select list of countries who will finally have the chance to explore the ancient culture and heritage of this once off-limits land.

Saudi Arabia’s rich history runs deep. Home to Islam’s two holiest cities — Mecca and Medina — time-worn trade routes, beguiling swathes of desert to explore and increasingly hip cities, this is not a country to be underestimated. Adventurous visitors will have a packed itinerary.

Indiana Jones was ahead of the crowds when he rocked up to Al Khazneh, or the 'Treasury', at Petra in Jordan, but the capital of the Nabataean empire is hardly a secret anymore, clocking nearly one million visitors every year. In stark contrast, Madain Saleh, built by the same ancient civilisation, sees more birds, bats and bees than people with just a few thousand tourists annually; it deserves a far better moniker than the ‘other Petra’. Both Petra and Madain Saleh were major trading hubs along the frankincense route, and what remains at the site today is a desert necropolis of 131 mysterious tombs, most of which are in superb condition and are generally less eroded than the examples at Petra. The Nabataeans believed that being buried in mountains brought their souls closer to heaven, and the design of the mausoleums blends elements of Greek and Roman architecture with ancient Nabataean and Babylonian imagery.

The site, called Hegra on local signage, will open to the public in October 2020 and it’s arguably worth a visit to Saudi Arabia for this place alone.

Saudi Arabia has an incredible 1760km of stunning coastline along the Red Sea, the northern reaches of which are also bordered by Egypt, Israel and Jordan in the Gulf of Aqaba. However, unlike those countries, Saudi Arabia’s shores have no resorts, only a handful of mostly run-down motels. This is set to change with the launch of NEOM, a multi-billion-dollar government project to create an eco-friendly country-crossing district that is said will have looser rules than the rest of the kingdom when it’s completed in 2025.

Saudi Arabia has the potential to be the hottest diving destination in the region: the wildlife and resilient coral in the Red Sea are amazingly diverse, and divers are promised excellent visibility. But even if you’re not diving down to the depths, there’s a definite sense of isolation and treading where few have gone before. As you drive the winding coast-hugging roads, the desert seamlessly slips into the sea, and camels are often the only sun-basking beach-goers.

Hikers will love Wadi Tayeb Al Ism (the Valley of Moses), one of the country’s most spectacular natural wonders, which begins just a few hundred metres from the coast. This severe 600m-high granite-walled canyon is where Saudis believe Moses landed when he crossed the sea from Egypt, and its isolated location means it’s virtually empty most days. A sandy track weaves along the valley floor past palm trees and a trickling stream, and transport can be arranged to pick walkers up at the other end.

In the early 20th century, the Ottomans ruled parts of the Middle East, and construction started on an epic train line that would connect Damascus in Syria to Mecca and Medina. The route traversed some 1600km and was built to make pilgrimages to the holy cities easier and faster. The link to Medina was completed in 1908, but TE Lawrence, better known as Lawrence of Arabia, orchestrated attacks on the railway with the help of local Bedouin. Less than two decades after construction, the railway lay in ruins and has been abandoned since the fall of the Ottoman empire after World War I. The train station in Tabuk, one of the largest on the route, is well preserved, and the nearby Hejaz Railway Museum houses a couple of locomotives and fascinating artefacts from the line’s short-lived heyday.

Getting lost in the charming core of historic Jeddah

The port town of Jeddah has been the traditional gateway to Mecca and a hub for traders for centuries, which gives this city an electric energy unlike any other in Saudi Arabia. The city’s most appealing neighbourhood is its historic core, Al Balad, where narrow meandering alleyways lead past quaint houses made of coral from the Red Sea, culturally significant enough to give the whole area a Unesco listing. The houses are covered in colourful wooden lattices called Roshan, which jut out from the facade and helped distribute cool air through the building. The buildings are slowly being converted into cafes, art galleries and traditional museums, but unfortunately, not many of them are open to the public. Naseef House is an excellent example, and it’s also where the country's founding father, King Abdul Aziz, lived, though you’ll likely need to engage a local guide to get access to the interior. Nearby Matbouli House Museum is more accessible, and Al Tayibat City Museum for International Civilisation has a labyrinth of reconstructed examples in its many courtyards.

Lauren Keith travelled to Saudi Arabia with support from the Saudi Commission for Tourism & National Heritage and Es-capes. Lonely Planet contributors do not accept freebies in exchange for positive coverage.

This article was independently commissioned for sponsorship by the Saudi Commission for Tourism & National Heritage. All editorial views are those of Lonely Planet alone and reflect our policy of editorial independence and impartiality. 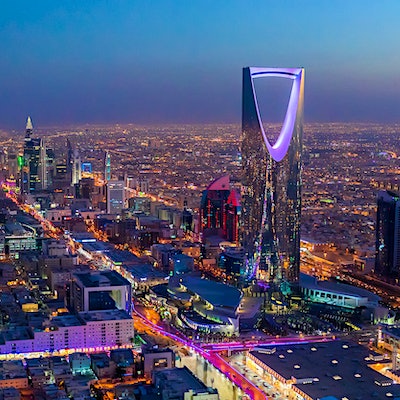 Riyadh is fast becoming one of the most exciting places to explore in the Middle East. Here's how to do it in a... 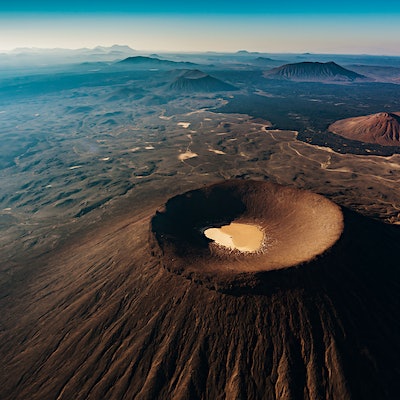 From sublime deserts to the stunning Red Sea coast, Saudi Arabia is home to breathtaking natural wonders. Here are... 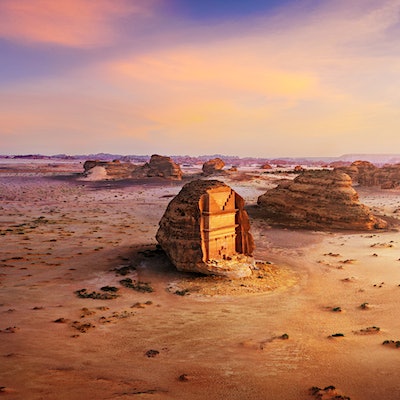 The magic of Madain Saleh: a journey back in time

Following in the footsteps of the ancients, Lonely Planet writer Lauren Keith was first in the next wave of... 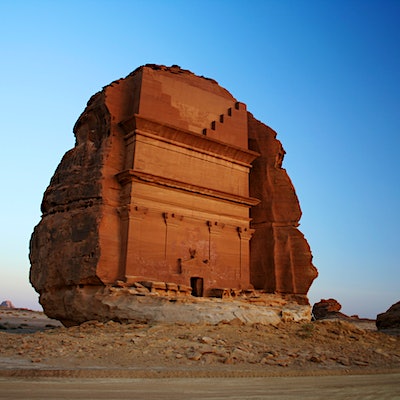 Saudi Arabia launches e-visas for tourists for the first time

Once one of the hardest countries to visit as a tourist, Saudi Arabia has now unveiled e-visas for passport holders...

All editorial views are those of Lonely Planet alone and reflect our policy of editorial independence and impartiality.