It may be America’s favourite untamed wilderness, but even Yellowstone National Park is no longer an oasis defying modern technology.

While the vast reserve is still home to grizzly bears and wolves, spewing geysers and bison, lately there’s a different and increasing sound in its midst – the ringing cellphone. The lure of natural wonders is still popular with visitors, but those same people also want instant access to on-demand phone services. The Tribune reports that the Park authorities’ pledge from seven years ago to keep cellphone access to a minimum, appears to be slipping towards providing more availability.

The Park now has signal in two of its five cellphone towers. This allows users to receive calls in much of the interior of the Yellowstone wilderness. Up to recently, the much sought after Lamar Valley and several other areas were black-spots for such access. The Washington DC advocacy group, Public Employees for Environmental Responsibility (PEER) has now obtained the signal maps. Previously, the group had stood against new telecommunication installations in the country’s first National Park. The change comes at a time when the US House of Representatives has introduced a bill seeking to give the go-ahead to increased numbers of cellphone towers in public areas across the country.

One tour operator, Ken Sinay of Yellowstone Safari tour company, said phone signals are now much more available for consumers when visiting public properties. While typically his customers go to parks to get away from day-to-day distractions, they also want to check how things are going at home or in their businesses. Mr. Sinay pointed to Artist Point near Yellowstone Falls as “a real drag” because those present want to enjoy the view while others are using cellphones around them.

Jubilation as two paintings stolen from Van Gogh Museum in… 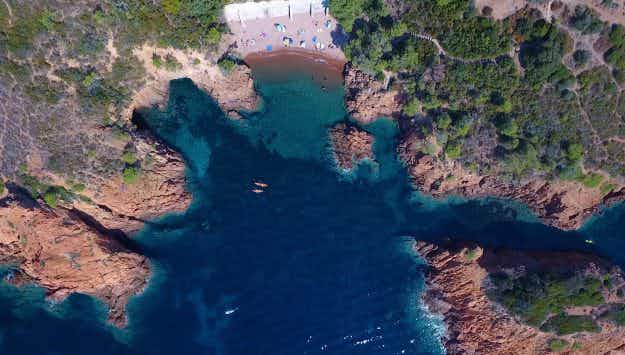 Beautiful drone footage shows the crystal clear waters of the…