If you, like many others, are busy booking your holiday and counting down the days, there’s another more aural way to do some armchair travelling beforehand; by exploring this world song map.

A close up of the vintage-style World Song Map. Image by Dorothy

The World Song Map is an exploration of the globe’s best geographical song titles, illustrating a world where countries, cities and landmarks are all marked by more than 1000 songs. The map was created by UK-based art studio Dorothy who had quite a lot of fun researching the map. Apart from obvious favourites like ‘Anarchy in the UK’ and ‘Back in the USSR’, they told Lonely Planet they enjoyed finding more unusual titles or applying a little bit of creative licence.

'Born in the USA' takes pride of place. Image by Dorothy

Ali Johnson from Dorothy said some of their favourite choices were “where the reader has to think a little harder about why we’ve chosen them. So we like ‘Isolation’ by Joy Division for North Korea, LCD Soundsystem’s ‘Losing My Edge’ near the Polar Cap and ‘I Ran’ by Flock of Seagulls’ for Iran because we just can't resist a bad pun.”

Russia proved the most difficult to fill in. Image by Dorothy

Sometimes the team had to get pretty creative in their search and were rewarded with music they would have never had heard otherwise. "Our most unusual song find was discovering that ‘The Long Song’ is one of the central elements of traditional Mongolian folk music. It meant that we could use ‘Long, Long, Long’ by The Beatles for Mongolia, otherwise I think we would have struggled.”

A full view of the Special Edition of the map. Image by Dorothy

Because of its large size, the country that proved the most difficult to complete was Russia. “we had to be creative and use songs that made sense in terms of its geography/environment/political status like ‘Pretty Vacant’ and ‘Everybody Wants to Rule the World’”, Ali explains.

The World Song Map is available in two editions from Dorothy’s website to hang on your wall and perhaps inspire your next trip.

See the world's subway maps illustrated with their most popular… 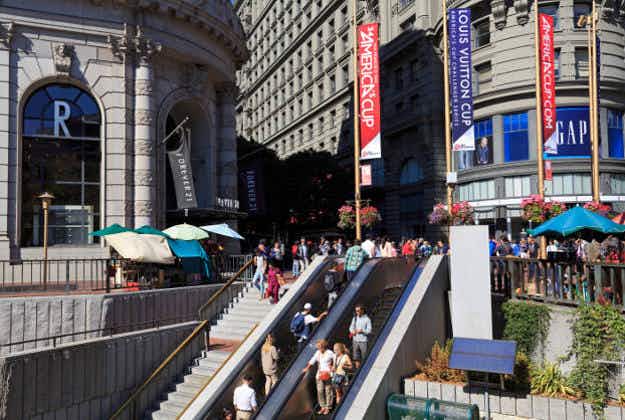 Stand on the right! And on the left! San Francisco…