Seven wonders in 13 days: meet the woman who took on the world after cancer diagnosis

Following a string of bad luck, Megan Sullivan embarked on a once-in-a-lifetime trip to all 7 wonders of the world, in just 13 days. 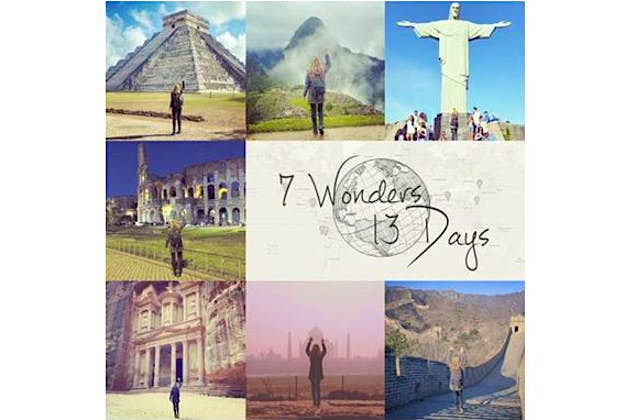 Megan, a video content producer at a San Francisco advertising agency, fell 50ft while climbing Yosemite, got hit by a car and was diagnosed with skin cancer, all in one month.

The experience inspired her to take a trip she’d been dreaming of for years, and document the journey on her personal website, Instagram and YouTube channel. The resulting photos and videos are stunning.

Speaking to Lonely Planet, Megan said: “I saw a photo of Machu Picchu three years earlier and knew that I wanted to go there.”

Following some research, Megan realized Machu Picchu was one of the 7 new wonders of the world: “That’s when I thought: ‘‘wouldn't be cool if I could visit all 7 in one trip and document it in a video?’ The idea was born.

Sometimes it takes a slap to the face to inspire us to do what we truly want in life. Recalling the days before her trip, Megan reveals: “I kept thinking that one day I would do it, but it took that month of bad luck to realise that it would continue to be just a dream unless I took the steps to make it into a reality.”

While some people may have felt defeated after a month of bad luck, Megan felt inspired: “One day you wake up with an amazing realisation that you survived. I’ve realised you hold the power to decide how you live each day, so you might as well make it the greatest day of your life.”

Megan saved for four years to make her dream trip a reality. When asked what advice she has for others hoping to do the same, she said: “It’s a massive misconception that you have to be Bill Gates to travel the world. False! Decreasing useless spending lets you save for any trip.”

As for what’s next for Megan, she’s already planning her next adventure. After returning to a wiped out piggy bank, she told Lonely Planet: “To build up my savings for my next trip, I took everything in my studio that I hadn’t used in a year and sold it on Ebay.” 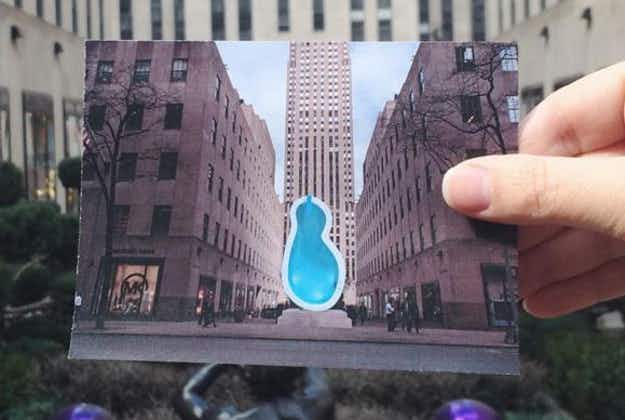 Cool pool to take over Rockefeller Plaza in latest large-scale…

Get a glimpse of the new Star Wars-themed expansion at…