A British woman is set to spend £2000 on transporting her pet Great Dane to Tenerife by car.

Enormous Great Dane dog with lying in the boot of a car. Image by Sharon Vos-Arnold/Getty Images

Sam King, from Hereford, wants to take her dog Harold to the volcanic island for three months while she stays with her son, who lives there. However, Monarch Airlines have told her that the three-year-old rescue dog is too big to fly. Harold – who is 4ft tall and weighs 13 stone – cannot fit in the crate pets are transported in on planes.

Instead, Sam has decided to make the 2500-mile journey by car. She plans to drive from Hereford to Folkestone, where she will take the Channel Tunnel to France. After driving through France and Spain to Huelva, she faces a 34-hour ferry journey to Gran Canaria, then a final four-hour ferry to Tenerife. The journey will cost £2000 in fuel, ferry tickets and tolls, and take 63 hours even without stops – a far cry from the 4.5 hour plane journey from Manchester Airport to Tenerife.

To make matters worse, Sam doesn't even have a car – she sold it as it was too small for Harold, so she is now trying to buy a vehicle big enough to house him as well as her other two dogs, Ellie and Pillie.

“Harold is huge”, Sam told The Sun. “Whenever we take him out for a walk, people stop and take photos of him. He’s like a celebrity. I’ve been wanting to see my son who works in Tenerife and spend three months with him so I didn’t want to put my dogs in kennels for that long".

She added: “It’s not the airline’s fault but it does mean I’ve got a hell of a drive to go and see my son.”

Monarch Airlines said: “The maximum height any cage can be for an animal is 43 inches, otherwise the cage will not fit through the cargo door. We love transporting animals and do so for a lot of our customers, but [Harold] is physically too high to fit into a cage.” 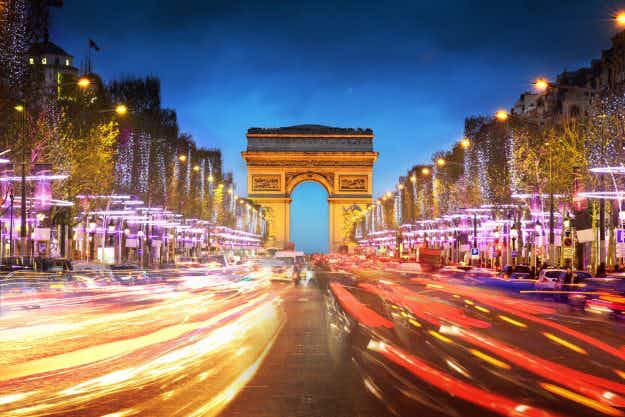 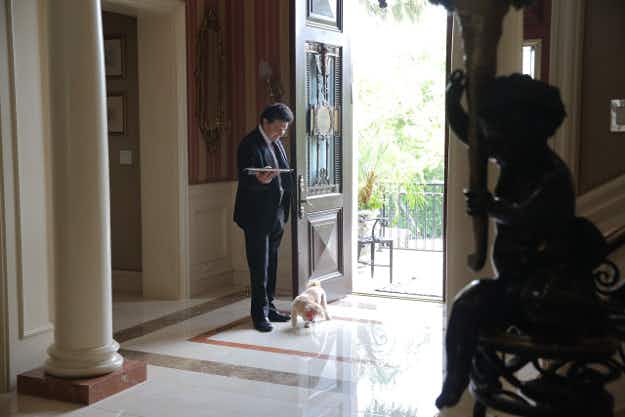 Check out the incredible Beverly Hills Airbnb where Marnie the…