What a year! Month-by-month the highs and lows of travel in 2015

A lot happened in the world of travel in 2015. New tourist sites, like St. Helena's, opened up for avid travellers. Records, like the fastest bicycle ride from Cairo to Cape Town, were broken. Airlines opened up new - and very long - routes, increasing the ways that people can get to where they want to go. However, the year also brought sad news around the world. A deadly earthquake rocked Nepal and other natural disasters and extreme weather led to deaths. Terrorist attacks occurred  in Tunisia, Thailand, France, Kenya, Nigeria, Lebanon and other places.

Here's a selection of stories from the year below, highlighting some of the better and worse moments of the year in travel.

Chris O'Leary made headlines after tweeting about being the only person on a plane. Image by Chris O'Leary Twitter

January – After long delays due to weather on a Delta Airlines flight from Cleveland to New York on 12 January, Chris O’Leary finally boarded to find he was the only person on the plane. O’Leary, a New Yorker, found out all the other passengers scheduled for that flight had been re-booked. While that would usually lead to a cancelled flight, Delta needed the plane in New York for routes scheduled later that day. O’Leary took to Twitter, posting photos that a flight attendant took of him aboard the lonely flight. The photos gained a ton of online and media attention. However, O’Leary didn’t get to enjoy that legroom all to himself – at the last moment another man boarded.

A Maricopa County Sheriff's vehicle tries to herd two quick-footed llamas as they dash in and out of traffic before they were captured. Image by (AP Photo/abc15.com)

February – The internet, and the global media, was captivated in February by the unlikely case of two llamas rushing through traffic in an Arizona retirement community. Televised in America in the style of a car chase, the event quickly inspired multiple hashtags, including #llamadrama. The llamas managed to evade the authorities for some time, until the pair was caught in a lasso. The escapade drew a startling amount of attention, with the Washington Post’s online story including the by-lines of six different reporters.

A high tide submerges a narrow causeway leading to the Mont Saint-Michel, on France's northern coast. Image by Press Association

March – One of France’s most famous sites, Mont Saint-Michel, was turned into an island by a “supertide”, drawing many tourist to the area. The dramatic tide at the Unesco world heritage site cut off the medieval town from its causeway connection during high tide. It was the first giant tide of the millennium, which occur about every 18 years caused by a specific alignment of the sun, moon and Earth.

One of the Kathmandu 's landmark Bhimsen tower is seen in rubble after it was damaged in an earthquake. Image by PA Wire

April – On 25 April, Nepal was hit by a devastating earthquake, which killed more than 9,000 people. The 7.8 magnitude quake crumbled homes, cut off rural communities, and triggered an avalanche on Mount Everest, which killed 19 climbers and made it the deadliest disaster on the mountain. As a popular destination for trekkers and climbers, there were an estimated 300,000 tourists in the country at that time and about 100 died. Almost 3 million people within Nepal were displaced by the quake and efforts to rebuild are ongoing.

Scottish adventurer Mark Beaumont cycles his Koga bicycle in front of the Pyramids of Giza, the day before departing on his Africa Solo expedition to try and set the Cairo to Cape Town World (speed) record, in Cairo, Egypt. Image by Jeremy Sutton-Hibbert/PA Wire

May – A record-breaking cyclist became the fastest person to ride the length of Africa – 6,750-miles. Mark Beaumont of Scotland rode from Cairo to Cape Town in 42 days, ending in May, beating the earlier record of 59 days. Beaumont is also the fastest person to cycle around the world and across the Americas. On his trek through Africa, he road through Sudan, Ethiopia, Kenya, Tanzania, Zambia, Botswana, South Africa and more. His trip also raised funds for a humanitarian group that works on construction projects, including ones in Africa.

Tourists and residents, some displaying a Tunisian flag, walk on the beach to the scene of the attack in Sousse, Tunisia. Image by (AP Photo/Abdeljalil Bounhar)

June – An attack at a luxury resort near Sousse, Tunisia left 38 people dead, mostly British tourists, on 26 June. The attack occurred at a five-star hotel, when a man disguised as a tourist took out an assault rifle and shoot at tourists on the beach. He then entered into the hotel and shot at people until he was killed by security. The incident led to a travel warning from the UK Foreign Office, with the government warning that further attacks are highly likely, particularly against foreigners.

A cliff-side town on the on the island of Thira (Santorini), Greece. Image by Glen Scarborough / CC BY-SA 2.0

July – In July,  tourists on their way to Greece were told to take euros in cash due to the country’s struggling finances. The warning came after Greek residents voted against a bailout deal in a referendum. Locals were limited to withdrawals of €60 a day as the country feared economic collapse. Banks shut down across the country on June 28. Travellers were told that they should be aware that banking services could cut out at short notice and that cash may be necessary to cover expenses.

The American flag was raised in Cuba in August as diplomatic relations between the two countries thawed. Image by C-SPAN

August – In August, the US Embassy in Cuba was reopened for the first time in more than half a century. The historic moment came as diplomatic relations between the two nations thawed through 2015 and saw an American flag raised in Havana. Relations improved as the year went on, and by December, the countries had agreed to resume commercial flight routes.

Cockpit footage from a Beechcraft King Air 200 aircraft as it touched down at St Helena’s new Airport. Image by St Helena Government

September – In mid-September, an aircraft touched down on the remote island of St. Helena for the first time, making history and marking the end of the island’s isolation. The island, located off the Southern coast of Africa, had pushed for four years for great accessibility. It previously could only be reached by a boat trip from Johannesburg which would take five days to complete. Next year, a weekly flight service from Johannesburg to St. Helena will begin, which will take around four and half hours and will open the site up to greater tourist access.

October – Singapore Airlines is counting on the fact that some people are ready to spend 19 hours on a plance as it announced plans to reintroduce its non-stop flight between Singapore and Newark, New Jersey. The move brings the route back the debatable honour of being the world’s longest flight. The announcement followed new plans from Emirates, which has a 17h 35m -flight scheduled to start in February between Dubai to Panama City, and an announcement from Air India that it would introduce a 17 to 18 hour flight from Bengaluru to San Francisco.

Candles are lit as people gather in Hong Kong, Saturday, Nov. 14, 2015, to mourn for the victims killed in the attacks in Paris. Image by (AP Photo/Kin Cheung)

November – On 13 November, Paris experienced the deadliest attack on French soil since World War II. In a series of co-ordinated terrorist attacks, 130 people were killed around Paris, many of whom were at an Eagles of Death Metal concert at the Bataclan concert hall. Others were attacked by gunmen at cafes and terraces around the city. The incident led to a three-month state of emergency in France, an international manhunt and debates on border security within the EU. The attacks had an immediate impact on tourism to the city as travellers cancelled flights and security was increased.

December – One traveller's Instagram account drew a tonne of attention in December due to its stunning travel photography as well as the astonishing story behind it. Australian Lara Miller was diagnosed with a degenerative eye disease when she was 18 that will eventually lead to blindness. But as her condition worsened, Miller refused to let it hold her back. Taking off and travelling across 19 countries with her husband, she decided to take in as much of the world as possible before her sight left her forever, and she began an Instagram account to document her trips and experiences. Entitled Love, Walk, Eat, See, the description of the account says “Going blind. Taking photos” and it chronicles amazing places, meals, intimate scenes, and animals, all the way from New Zealand to Switzerland. 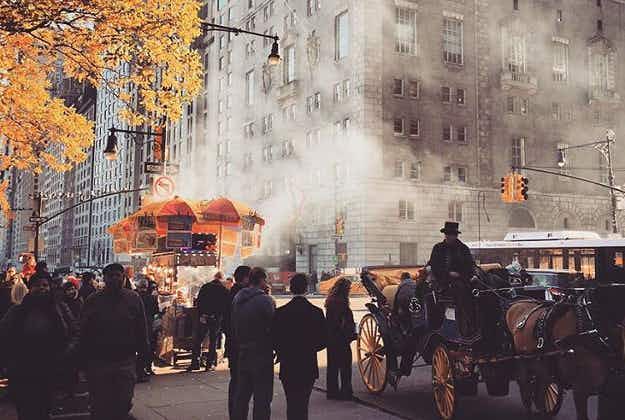 Made for instagramming: 10 most geotagged cities 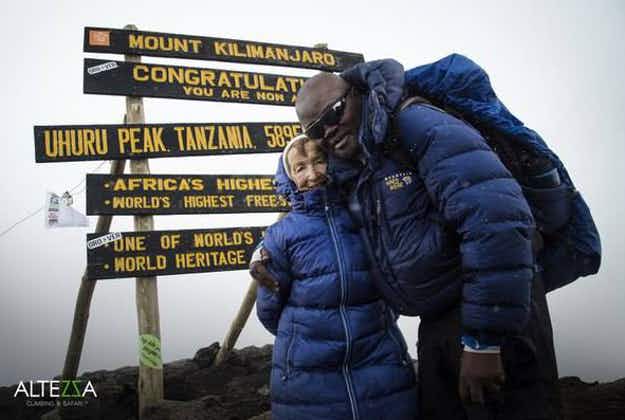