This 1500-year-old tree in Western Australia has become a very unlikely tourist attraction. The ‘prison tree’ is in the remote town of Derby, over 1600 miles north of Perth, and has developed a notorious reputation for its dark past.

The boab has developed its grim reputation because of tales linking it to Australia’s colonial past and its use as a holding cell for Aboriginal prisoners. However, new research has shed new light on the tree – suggesting it may never have been used as a jail at all.

A sunny day in Derby, as seen from inside the Prison Boab Tree. #Australia #GoogleMaps Photo by: David Rowley

The University of Adelaide have discovered that the infamous tree may have become a popular attraction for all the wrong reasons. Instead, they’ve said the boab should be recognised instead for what it was used for, which was as a place for preserving the dead.

Aboriginal people used the tree to store bodies, and bones have been discovered inside its incredible giant trunk, all of 48 foot in diameter. Dr Elizabeth Grant said the ‘prison tree’ had developed a mythology for which there was no evidence. She said: “It’s true that because of their distinct shape and size, some boab trees were used by colonial police as places of incarceration. However, there is no strong evidence that the Derby prison tree was ever used in this way.”

They said historical research showed the first mention of its use to imprison people had not cropped up until the 1940s and the story may simply have been transferred from a boab in Wyndham, which was actually used as a jail.

Dr Grant said the tree should instead be celebrated for its importance to Aboriginal people. “Some trees are regarded as cherished individuals with unique personalities,” she said. “Presenting the natural beauty of the Derby boab tree and its actual history … has the potential to be a tourist drawcard in itself.” 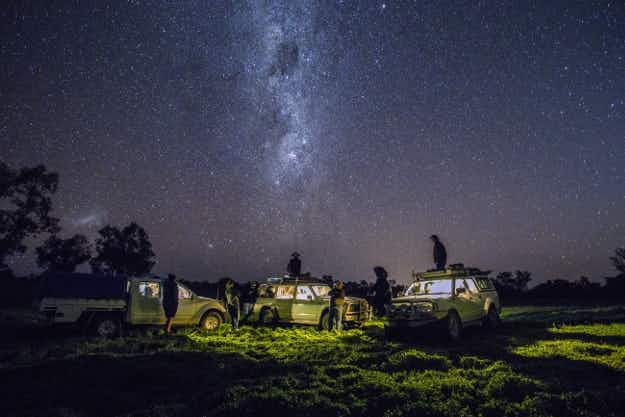 Win cruises for you and three friends by posting your…

Norway's tourism industry set to get a boost from the…