In Pictures: poppies cascade down a Welsh castle to commemorate WWI

A wave of red poppies is cascading down the side of a Welsh castle to commemorate WWI.

The poppy sculpture, entitled Weeping Window, has opened at Caernarfon Castle Caernarfon, Wales, as part of a UK-wide tour. The tour is organised by 14-18 NOW, which is the UK’s arts programme to mark the centenary of WWI.

'Weeping Window' is part of 'Blood Swept Lands and Seas of Red' by artist Paul Cummins and designer Tom Piper, and is made up of thousands of handmade ceramic poppies.

The castle is also home to the Museum of the Royal Welsh Fusiliers. The full installation went on display at the Tower of London in 2014, comprised of 888,246 ceramic poppies, one to honour every death in the British and Commonwealth forces in WWI.

The latest display of the installation opened to the public on 11 October and is open until 20 November. Tickets for the tour are free, but visitors are encouraged to book ahead. 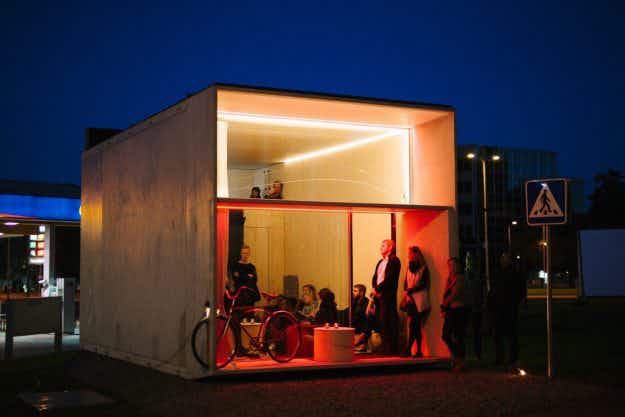 This tiny house can be dismantled and reassembled in seven…