Poetry, dark skies and brass bands - but no football - at Wales’ National Eisteddfod

Over 150,000 spectators and thousands of competitors are expected at Wales’ National Eisteddfod this weekend. The event, the largest festival of competitive music and poetry in Europe, is being held in the South Wales town of Abergavenny  for the first time in over a century.

The eisteddfod stretches over nine days and is a celebration of Welsh culture and language. All performances are in Welsh, with a simultaneous translation service available. The brass band competition gets the ball rolling at 10am on Saturday. Several crowns are an offer for various different kinds of poetry of themes including “paths” and “borders”. The awards are presented by the sceptre-bearing Archdruid. Theatre, films,  jazz, rock, choral and electronic music also feature, alongside a festival of children’s literature. The science and technology exhibitions feature dark sky events and in past years have included sessions in which people walked in custard and modelled chicken DNA.

The eisteddfod (“session”) is a Welsh tradition going back to the Middle Ages. Numerous such events are held across the country, with the National Eisteddfod the largest and best-known. They draw on song and oral culture, both important parts of Welsh national identity, as well as druidism. Druids were prominent figures in Celtic culture, and played key roles in religion and law-making.

There have been calls for Wales’s football team, which reached the semi-finals of Euro 2016, to be honoured at the festival, but Archdruid Geraint Lloyd ruled out a ceremony. "If they can't speak Welsh I don't see how we can welcome them in,” he said, “because Welsh is the biggest, strongest weapon we have as a nation and without it, we have nothing." The National Eisteddfod runs until 6 August. 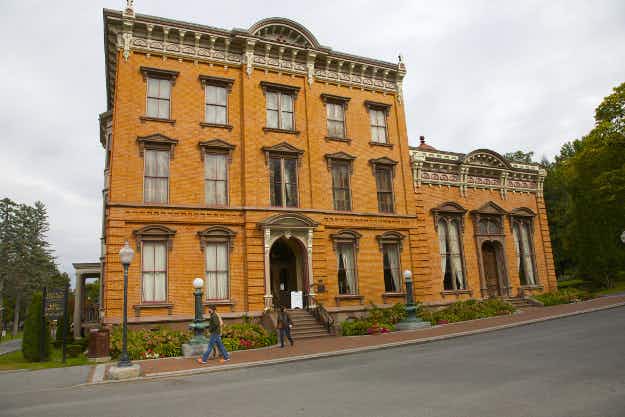 This place has the most expensive hotel rates in the…