VR technology gives Zagreb visitors a glimpse of the past

A tech firm has developed ground-breaking virtual reality devices that give travellers a glimpse into the past when they visit historical sites.

The VR pole gives a 360-degree immersive view of storied locations, how they would have looked on a specific day in the past, or how they evolved over time. The new devices were installed at Zagreb Cathedral in Croatia and using archival materials let people see how the church appeared just before the devastating earthquake that rocked the city in 1880.

Visitors check out the VR pole in Zagreb. Photo by: VR Pole

Dragan Vejnovic of VR Pole told Lonely Planet they could be used for all types of animations including famous performances or historical events.He said: “The first ever VR Pole was installed in Zagreb’s Museum of Illusion. This [offered] … an immersion into a personalised performance which creates – spoiler alert – an illusion of stationary objects coming to life and interacting with users. Due to its popularity in Zagreb, the Museum of Illusions plans to use [the] VR Pole at their upcoming international locations, from the United States to Malaysia.”

Zagreb Cathedral as seen through the VR Pole. Photo by: VR Pole

He explained that extensive testing was still underway to ensure the poles were durable enough to survive life outdoors. He said: “The latest testing took place in front of Zagreb’s cathedral to the joy of passers-by who got the chance to experience life in front of the cathedral as it was before the earthquake.”

Their research showed that the VR pole had been used by both young and old, the tech savvy and those who were a little less tech-literate. Each of the poles costs around US$5000 to make and creating the technology behind it was a major collaborative project. 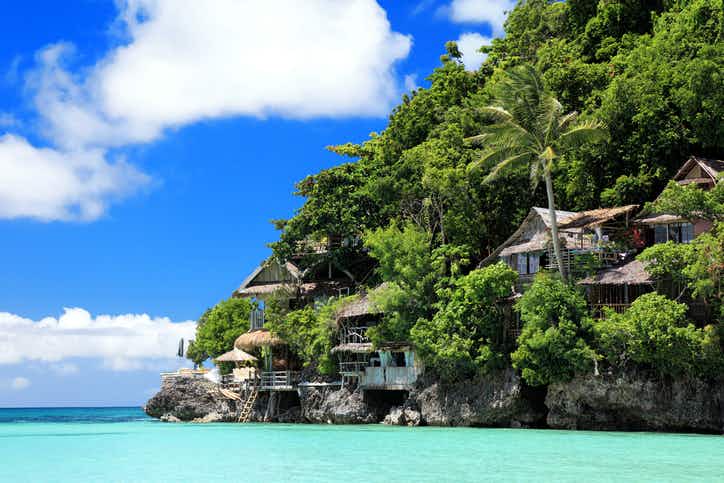 Popular Philippines island set to close to tourists for a…

Travel around the world in eight photos