If you’re planning a vacation to Australia this year, then you could do worse than consider this year’s Vivid Sydney festival, which is set to be “bigger, bolder and brighter in 2017”.

Billed as the world’s largest festival of light, music and ideas, the event will run for 23 nights between 26 May and 17 June, filling the city with colour. Last year, the festival saw a record-breaking 2.31 million visitors. This year, tourism group Destination NSW has promised the biggest programme ever, and released some first renderings of what will be on display.

The rainbow-coloured festival lights up areas all around Sydney’s downtown core, but this year will add a new precinct in the neighbourhood of Barangaroo. It will feature a trail of installations and “A Day in the Light”, which will let visitors become a part of “an outdoor theatre of light and sound”.

Magicians in the Mist. Image by Assorted Artists

Perhaps the most well-known spectacle of each year’s festival is seeing the iconic Sydney Opera House lit up in a kaleidoscope of colours. This year, the sails will be “brought to life by a series of imaginary creatures curated and designed by acclaimed cinematographer, editor, and graphic designer Ash Bolland”.

There are also celebrations at popular local attractions like the Royal Botanic Garden, where there will be an expanded trail along the harbour, and a pop-up landmark to celebrate the city and provide a photo backdrop for visitors. Taronga Zoo will also be transformed with giant animal light sculptures.

Birds of Lumos. Image by Amigo and Amigo

Naturally, there will also be a ton of music – about 250 events in total – featuring artists like the folk-rock band Fleet Foxes, singer/songwriter Laura Marling, and pop duo Goldfrapp. There will be more than 200 events as part of the Vivid Ideas programmes, exploring the creative industries. American artist Shepard Fairey, who created the iconic Barack Obama HOPE poster, will create a large-scale public mural live on a wall in Sydney's central business district, and some of his most famous works to date will be part of a pop-up exhibition at the Darling Quarter. 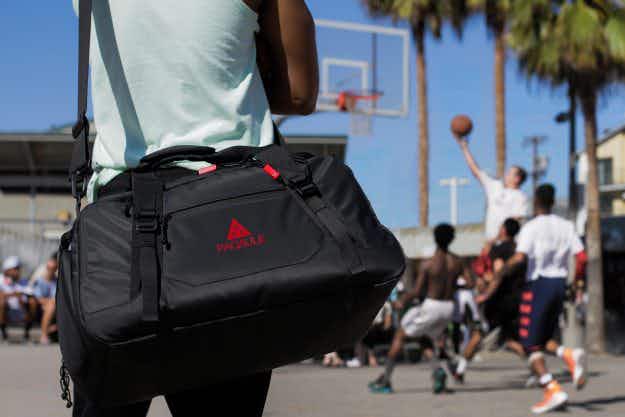 This travel bag will charge your phone AND clean all…

It was so cold in New York that this lake…