It is one of the most famous pictures in the world … so famous they even made a movie about it. Now, visitors to the Mauritshuis in The Netherlands can see Johannes Vermeer’s Girl with a Pearl Earring like it’s never been seen before.

Johanne Vermeer's 'Girl with a Pearl Earring'. Image part of the Mauritshuis collection, The Hague.

The painting has been taken out of its frame and moved to a special glass workshop where researchers are carrying out advanced scans to see what secrets lie beneath the surface.

The picture was last examined in 1994, when it needed restoration but thankfully is not yet in need of any further conservation. Instead, a team of scientists in The Hague are using the latest technology to discover how Vermeer painted the picture and what materials he used. They’ll be looking closer than ever before at the canvas, pigment, oils and other materials that the Dutch master relied on for the masterpiece.

Rather than take their most famous work out of view – the research is instead taking place in a specially created workshop in the museum’s Golden Room so that the public can see what is happening.

The Girl with a Pearl Earring is back! Image part of the Mauritshuis collection, The Hague

The painting has been under examination 24 hours a day since the project began on February 26 and will remain in the workshop until Sunday, March 11. Each day, paintings conservator Abbie Vandivere has been updating the “Girl With a Blog” web page to give the latest on the team’s work.

The picture was painted around 1665 and is one of just 34 paintings definitively attributed to Vermeer; three of them are in the Mauritshuis. It is often listed as one of the ten most famous paintings in the world and has inspired a book, a play, and a movie (starring Scarlett Johansson as the mysterious girl).

Girl with a Pearl Earring will move back to its usual home in Room 15 of the museum on March 12 while the research team will spend months more analysing their data.

Looking to work abroad? Find out which city is perfect… 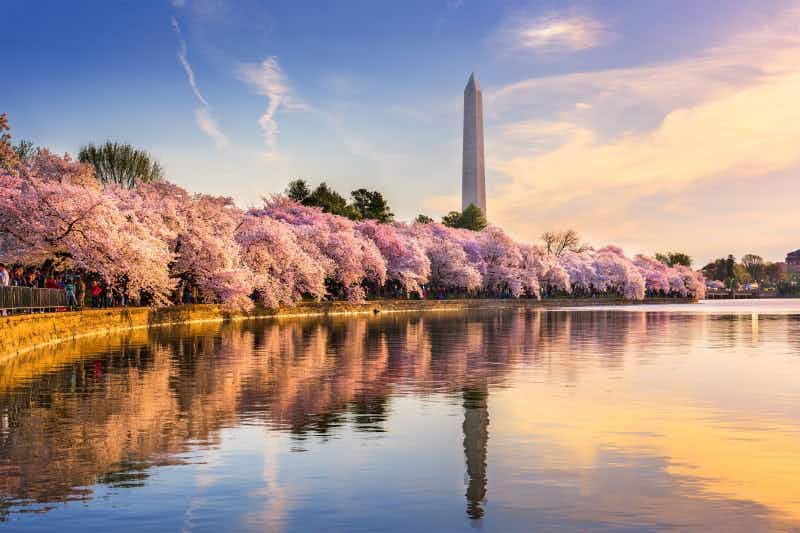 This is when to see the cherry blossoms in Washington…