Paris is known as the ‘City of Love’, so it’s no surprise that lovebirds in the French capital can share their feelings on their daily commute.

A couple consulting a map on a city street, under a classic Art Deco Metro sign. Image by Mint Images/Getty Images

On Valentine’s Day, 14 February, travellers will be able to broadcast a message over the speaker systems on a Paris train line, with the hope of sharing a bit of love while people wait on transit.

The Parisian transport system, RATP, will allow people to record messages and email them in to be broadcast in stations along the RER C, or the C line. The messages will then be broadcast at a specific time, which can be requested, on Valentine’s Day. While the program may be used mostly by locals, Valentine’s Day travellers in Paris will be likely to hear some announcements, as the RER C is an extremely important line for tourists and stops at some of the city’s most famous places, such as Notre Dame Cathedral, Musée d’Orsay, the Tomb of Napoleon, the Eiffel Tower and the Palace of Versailles.

Messages can be emailed in, but will also be tweeted from the train line’s Twitter account. The Connexion reports that this will not be the only way for people to spread the love while in Paris, as there will be public display boards where people can send a message to a loved one. 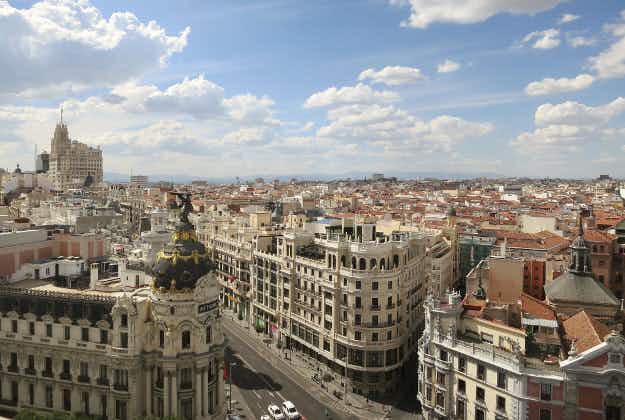 Madrid once home to herds of giant tortoises