Is your holiday also a break from the gym? 90% of Americans say they work out when travelling

When you head out on vacation, do you make sure to hit the gym, or take a holiday from your work-out schedule? According to the 2017 Expedia Fitness Breaks Study, that depends on where you are from.

The report asked more than 7000 residents of seven countries – Australia, Canada, France, Germany, Spain, the UK and the US – how they incorporate exercise into their travel schedules.

If you’re wondering where you stack up against active travellers, the study found Australians are at the top, with 55% saying they think it’s important to work out while travelling. Americans came second, at 53%. The people least likely to make time to exercise are from England, as only 43% identifying it as important while travelling.

But some people are adamant that travel is for relaxation – or at least not the gym. The countries with the highest rate of people who completely refuse to exercise while travelling are in France, at 23%. About 10% of Americans say they don’t work out at all when they travel, which is the lowest of all the countries.

Spain, France, Finland, Brazil and the United Arab States came out on top of the survey for vacation time. Image by Getty Images

Among all those who work out while travelling, about 22% of people say they do it to balance out all the delicious, and potentially unhealthy, foods they eat while travelling. Others, about 16% of the French and 13% of Aussies, say they exercise because it allows them to see new parts of a destination.

And while it may seem overwhelming to exercise while out on the road, the most popular activity is something most people do while travelling without much thought: simply walking around and exploring a new city. Exploration walks are most popular for Australians (just over 56%), the British (just under 56%) and Canadians (53%). According to the report, the French are most likely, at 34%, to take guided walking tours, and also enjoying long runs when travelling.

When it comes to getting the gym experience abroad, 39% of Americans 'expect fitness offerings at your accommodations' while travelling, while the French, at 14%, are least likely to expect such features. 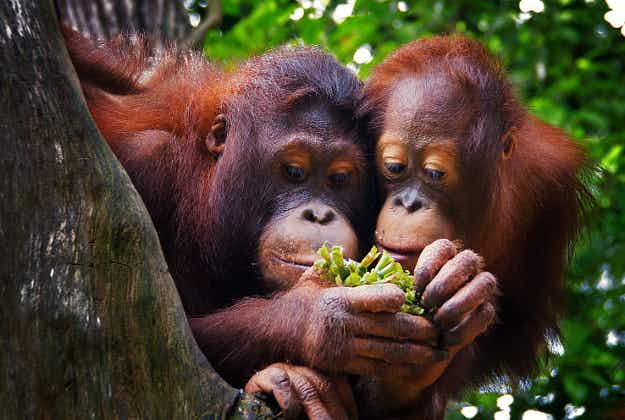 This new luxury jet trip will take you around some…