Long security lines at airports around the US left many travellers frustrated with– and occasionally mocking – the Transportation Safety Administration (TSA) this summer. But the TSA is making efforts to get more passengers through security quickly, including trying to pre-screen more people.

This summer there will be extra appointments to sign people up for TSA PreCheck, a service that pre-screens travellers with fingerprinting and a background check so they do not have to go through steps like removing shoes, laptops, liquids, belts or jackets at the airport. With regular security lines stretching longer than normal earlier this year, more and more people are trying to get an appointment to enrol in the PreCheck program, as it generally gets travellers through security faster and is available at more than 180 airports in the US. There will be temporary enrolment centres set up in New York, Dallas, Miami, Chicago, Orlando, Los Angeles, Denver, Seattle, Las Vegas, Atlanta, Boston, Minneapolis, and Houston.  This is an addition to existing centres, but the temporary locations aim to help more than 15,000 extra people get an appointment to enrol.

Travellers will have to make an appointment three weeks in advance by applying online. The centres are open in New York at the Penn Station-United Airlines Storefront from 11 to 29 July and the Hilton NY at JFK Airport and the Newark Airport Marriott from 12 to 15 July. The other temporary centres are: Dallas/Fort Worth Airport Marriott South from 19 to 23 July; Hilton Miami Airport from 19 to 23 July and the Hampton Inn Orlando Airport from 26 to 30 July; Hyatt Place Midway in Chicago from 26 to 30 July; the Los Angeles Marriott from 2 to 6 August; The Denver Hyatt Place Cherry Creek from 2 to 6 August; the Seattle Airport Marriott from 9 to 13 August; the Double Tree Hilton Las Vegas Airport from 9 to 13 August; The Courtyard Atlanta Airport South from 16 to 20 August; the Boston Marriott Copley Place from 16 to 20 August; the Hilton Minneapolis Airport Mall of America from 23 to 27 August; and the Houston Airport Marriott at George Bush Intercontinental from 23 to 27 August. 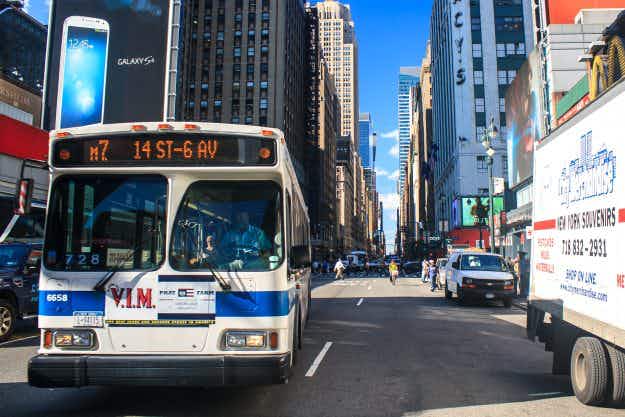 Survey shows people like to take public transport more when…

This koala's different coloured eyes have earned her the name…