A town in Canada celebrates autumn with an annual pumpkin regatta

The brainchild of Danny Dill, the race started in 1998 as a way for the town to increase tourism in the shoulder season. Dill’s father, Howard Dill, developed the world’s largest variety of pumpkin, the Dill’s Atlantic Giant. Averaging 600 pounds each, the gourds are made into boats for competitors to decorate and paddle 500 metres across the lake.

In its inaugural year, 1500 spectators watched five brave racers, and the race continues to grow. This year, an estimated 8000 spectators cheered on 44 pumpkin paddlers, some in doubles (as in, two racers in one pumpkin.) Locals join in the tradition, and racers from as far away as Europe, Australia and California have participated.

Director of community development, tourism and recreation for the town of Windsor, Vanessa Roberts, has also been on the regatta organising committee for 17 years. “There’s something about giant pumpkins that instantly bring a giant smile to the faces of kids of all ages,” Roberts tells Lonely Planet. “I’m proud of our partnership with the Children’s Wish Foundation and its Parade of Pumpkin Paddlers. We have helped raise $20,000 through the regatta since it started, enough to grant two wishes.”

This year, first prize in the doubles category went to two young men who gallantly offered to trade pumpkins with two women — the race’s first blind participants — whose own had sprung a leak. According to Roberts, “Milena Khazanavicius convinced her good friend Stephanie Barry to come and paddle with her. Despite both being blind, these two ladies believed in having fun, and facing and overcoming challenges. They may have placed last, but their extraordinary feat placed them first in the hearts of all those standing on the shore cheering them to the finish line.”

The prizes range from $50 for best decorated pumpkin and for third place, to $200 for first place. “I would say that this is more about bragging rights than prize money,” says Roberts. “People have already started calling about paddling in next year’s event.” 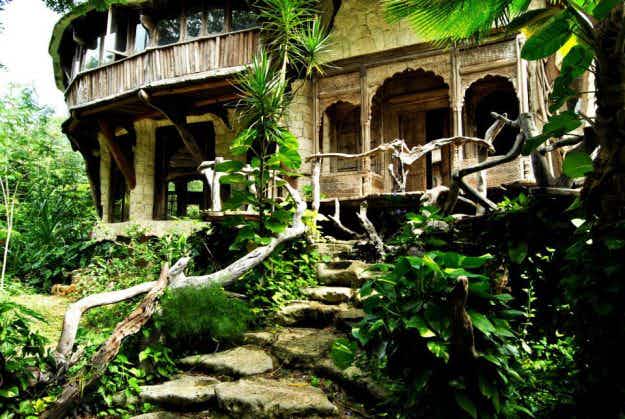 Fancy ringing in the New Year partying in a Mexican…