A province in northern Vanuatu has decided to ban all foreign food, with the aim of becoming entirely self-sufficient and organic by 2020.

Torba is the northernmost province of the South Pacific nation, consisting of 15 major islands and nearly 10,000 people. Largely untouched and often overlooked by tourists, the region has an abundance of local produce and is famous for its crab, shellfish, taro and pineapple to name just a few.

The head of the local tourism council, Father Luc Dini, told the Guardian the decision was made the protect the health of the islanders from foreign junk food like rice, sweets and tinned food and instead focus on a locally-produced organic diet.

'If you really want to live on a paradise of your own, then you should make do with what you have and try and live with nature', he said. 'There is no need to eat imported food when we have so much local food grown organically on our islands. We don’t want to develop the illnesses that come with a western junk food diet'

The Torba decision is designed to protect locals, but will affect tourists first. Image by Richard Walsh/Lonely Planet

While the move has been put in place to protect the locals, travellers in the area will be the first to be affected as the local tourist bungalows will be served only locally-sourced, organic fare from this week on. Dini wants Torba to become fully organic by 2020. Alcohol may still be imported, if not tourists will have to content themselves with kava supplied by local producers, the country’s signature brew that has sedative qualities.

Vanuatu’s central government is said to be supportive of the plan and watching it with interest so it remains to be seen whether this development will be implemented in other islands. 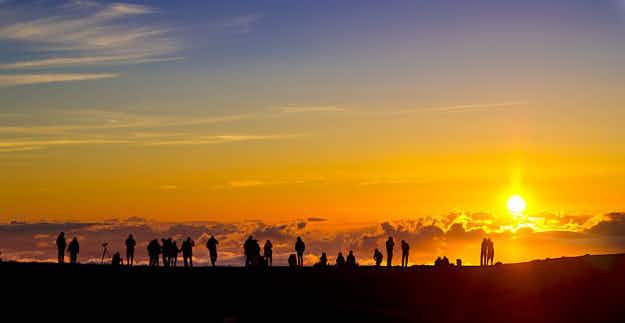 This sunrise in Hawaii is so beautiful that now you…

A Madrid park is now home to the world’s first…